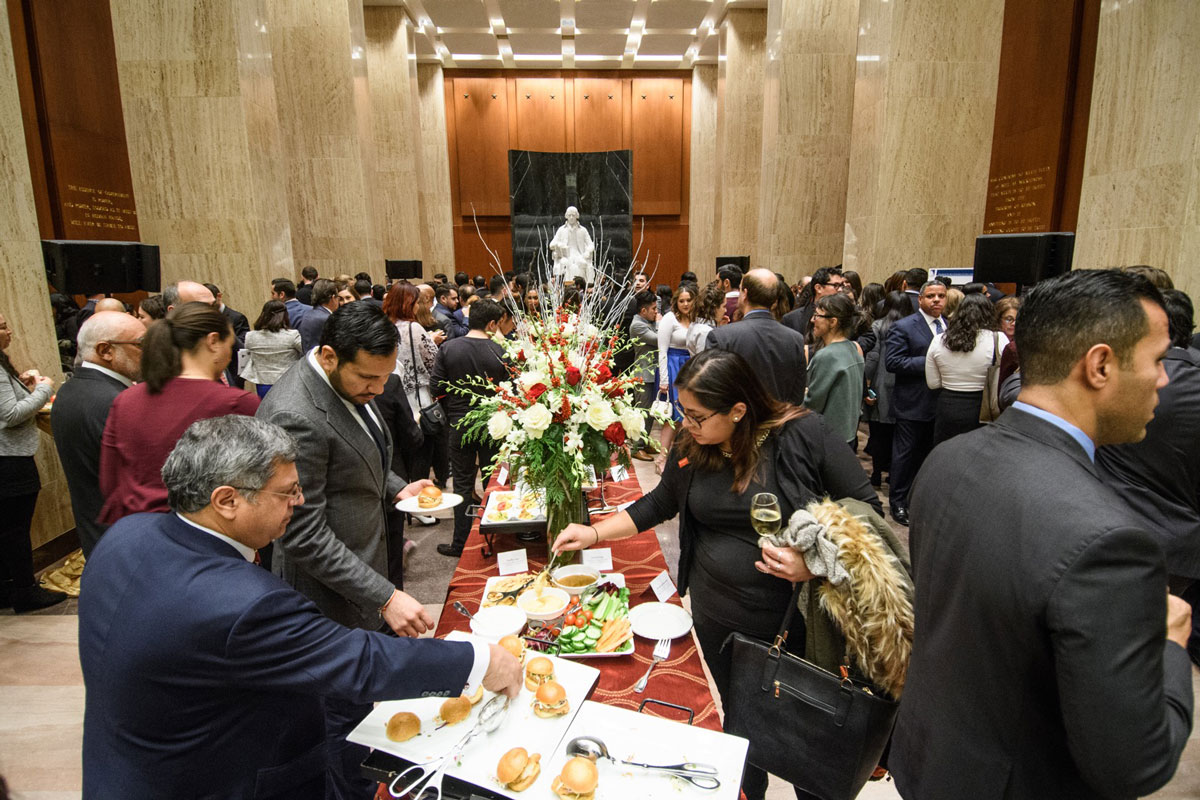 Washington, D.C. – On December 6, 2017, the Congressional Hispanic Caucus Institute (CHCI) hosted its annual Holiday Reception with a particular focus on Puerto Rico at Madison Hall in the Library of Congress.

Over 200 notable guests attended, including 11 Members of Congress, CHCI supporters and concerned citizens for Puerto Rico. The goal of the reception was two-fold: to bring light to the plight of the people of Puerto Rico, and to launch CHCI’s new fundraising initiative to bring 20 emerging leaders from the Island to Washington D.C. to participate in CHCI’s civic engagement and leadership programs and meet members of Congress in summer 2018.

Award-winning Puerto Rican actor and Marine veteran, J.W. Cortes emceed the event to stand in solidarity with those affected by Hurricane Maria. Nearly 50% of the Island remained without power and basic necessities at the time of the event. Since Maria, more than 250,000 residents have fled to mainland United States.

Congresswoman Nydia Velazquez praised CHCI and encouraged attendees to call their members of Congress to ensure much-needed aid continue to arrive on the island. “The fact of the matter is that while we continue to fight in Congress to secure the aid Puerto Rico needs, we must ensure that we nourish the human capital on the island […] That is why I commend the CHCI for using this year’s holiday celebration to help bring the emerging leaders from Puerto Rico to participate in their 2018 Leadership Programs”.

Domenika Lynch, CHCI President and CEO emphasized, “Now more than ever, the young people of Puerto Rico need a positive platform to elevate their voices and claim their rights as American citizens.”

With your help, we can bring even more students from the island to our nation’s center of policy decision-making. Your investment will give these extraordinary young people the resources to shape the future of their communities for generations to come.

We are grateful to our mission partners Diageo, Anheuser-Busch, and Planned Parenthood for making the holiday reception possible.

To learn more about how you can support emerging leaders from the island, click here.