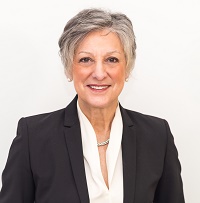 Hon. Allyson Y. Schwartz, President and CEO of the Better Medicare Alliance and a former member of the U.S. House of Representatives from Pennsylvania who served from 2005-2015, is a nationally recognized leader on health care issues. Better Medicare Alliance is the leading advocacy coalition supporting Medicare Advantage. Having worked as a health service executive, Schwartz was elected to the Pennsylvania State Senate in 1990, serving 14 years until her election to Congress. In the state Senate, Schwartz was the driving force behind Pennsylvania’s CHIP program, which was a model for the federal CHIP program five years later. In Congress, Schwartz was appointed to the Ways and Means Committee and served as a senior member of the Budget Committee. In both capacities, Schwartz was a strong advocate for Medicare. She was the leader in Congress on physician payment reform to encourage value over volume, supported research, innovation, and use of technology to improve quality, efficiency and contain costs. Schwartz is a Distinguished Policy Fellow at the University of Pennsylvania’s Leonard Davis Institute of Health Economics, Visiting Fellow at the Penn Wharton Public Policy Initiative and Co-Chair of the Bipartisan Policy Center Health and Housing Task Force.