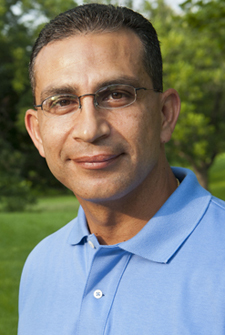 After my internship with Congressman Martin Frost, I received my B.A. in Political Science from Texas A&M University before earning my Juris Doctor from the University of Texas School of Law. Upon receiving my license, I returned to my hometown in Robstown and began practicing law in Corpus Christi where I have spent the last 15 years handling primarily civil cases. Within a couple of years after law school, I was elected as a council member for the City of Robstown. After being elected for three terms as a city council member, I then served as Texas State Representative for District 34 for six years from 2005-2011. I was recently elected to once again represent District 34 in the Texas Legislature beginning January, 2013. I have been extremely blessed to have a beautiful and loving family, including my wife, Matilda, and our five children: Annalisa (12), Andrea (7), Abel,Jr. (6), Alexia (4), and Aliana (2).

In addition to being in Washington, D.C., I had a remarkable experience interacting with some of our nation’s greatest leaders. While learning the most from an outstanding program, I made lifelong friends with fellow interns with whom I still communicate. The networking experiences have allowed me to better communicate with individuals from diverse backgrounds and regions.

In addition to being elected as a public servant, my family and I have volunteered at various community events. By being engaged and contributing back to our community, we hope to allow the same opportunities to others that were available to us.

Make the best of a once-in-a-lifetime opportunity. The lessons learned and the friendships made are invaluable and will be with you forever.

In addition to enjoying my family, I hope that I am still able to help people in whatever capacity, either as a private citizen or public servant.