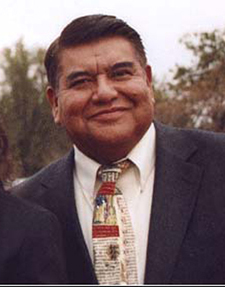 I live each day accumulating as much research and information as I can on Hispanics and issues which impact their lives including, but not limited to: housing, immigration, jobs, education, etc. Additionally, I stay active as a speaker and presenter in various forums and conferences sponsored by institutions such as the Brookings Institution, the Federal Reserve Board, the U.S. Department of Housing and Urban Development, the National Association of Hispanic Real Estate Professionals (NAHREP), CHC Public Policy Conference, the National Mortgage Diversity Conference, and the Global Forum on Migrants and Development in Mexico.

In 2007, I wrote “The Potential of Hispanic Homeownership: Challenges and Opportunities,” a NAHREP publication that received excellent reviews by renowned housing experts. In 2010, I published the book, Hispanic Homeownership: The Key to America’s Housing and Economic Renewal. Henry Cisneros, former HUD Secretary, wrote that he considered the book to be “the best statement of the imperative of Latino homeownership. It is direct, clear, well-organized, and compelling.” He added that I had “done our country and our national Latino community a major service.” Secretary Cisneros has been my greatest booster.

I have also published several op-ed letters in The Washington Post, including one recently on the impact of immigrant wages on the economy. I have also posted articles on the internet, contributed policy recommendations to HUD and the Treasury Department regarding mortgage finance system reform, and appeared on the NAHREP Blog Talk Radio, NAHREP TV, Washington, D.C. metro radio stations, and the Laura Ingraham Show. I have interceded with The Washington Post on behalf of national minority organizations, including the National Council of La Raza, the Consumer Federation of America, the League of United Latin American Citizens (LULAC), and NAHREP, to write comprehensively and accurately regarding the chief causes of the housing crisis, especially by insisting that the Washington Post report data and findings that dispel the conventional wisdom that minorities and immigrants were the main culprits behind the housing debacle.

The same impact that I expect all CHCI fellows and interns will have. You know, Peace Corps volunteers and Harvard students, for example, are renowned for the eventual success they achieve in life. So it is with CHCI participants. You all are destined for success as you are the cream of the crop in our communities and just need a launching pad to do it. CHCI provided me with the launching pad to achieve success.

I seek out opportunities at different venues, for example, the Brookings Institution to tell the real story about Hispanic homeownership, especially to top officials and policy-makers. I also decided that it was time to give back to the community by working at a senior residence in the Adams Morgan community in Washington, D.C. where I organize program activities and events for seniors, including physical exercise, yoga, nutrition, meditation, games, and field trips. I particularly enjoy making sure low-income seniors benefit from not having to pay for Medicare Part B and Medicaid, obtain utility assistance, and access whatever benefits are available for them.

To be true to their highest values, to venture out and not be silent about the injustices they see in their daily lives, to speak out, to walk the talk and not just talk the talk. I also helped write the guiding principles and values for CHCI, which I hope all CHCI participants read diligently and live by.

Besides continuing to do what I do and traveling frequently to Mexico, I want to be able to have greater access to venues such as CHCI. That way I can reach our young leaders who are the future of our community. I am convinced that we do not do enough to connect those who have struggled all their lives on behalf of our communities, honor them, and give them the opportunity to impart their knowledge, and, yes, hard-earned wisdom, to future generations. That way, long after we are gone, we can feel greatly satisfied that our work will live on. Muchisimas gracias!