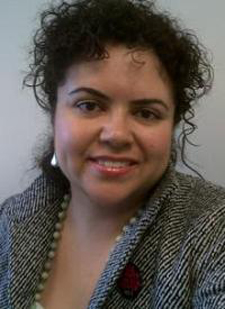 I have spent the last 12 years building a career in political and issue based strategic campaigning. After the fellowship, I worked as a lobbyist and political organizer on everything from U.S. immigration reform, labor law reform, and international trade legislation to New York City zoning reform and protecting the rights of hotel, airport and laundry workers. During this time, I also worked on city, state, congressional and presidential campaigns and was an active participant and an advocate for the Working Families Party in New York.

In 2008, I made the switch to a broader human rights platform and became the head of organizing for Amnesty International USA. Here I work with members and staff to implement how we will strategically campaign and communicate with nearly half a million Amnesty USA members and supporters in the U.S. and communities. We work on different human rights issues like security, torture, violence against women, health care for mothers, and individuals or organizations fighting to defend their rights in around the world.

Somewhere in between those 12 years I managed to go to law school at the University of Wisconsin-Madison. Going to law school in Wisconsin inspired me to switch from an exclusive federal campaigning approach to a state based approach to legislative reform which offered new opportunities for ensuring sustainable change on key issues by building bridges with elected officials.

CHCI catapulted my career. Dr. Golombek, former Executive Director Ingrid Duran, and the CHCI board and sponsors played a critical role in ensuring that we were not only present at networking opportunities and key meetings with the Clinton Administration, but that we had a critical understanding of our role as leaders in the Latino community and as Americans representing a unique perspective on civil and human rights issues.

My fellowship class and the alumni whom I closely worked with are some of the most dynamic, smart, caring people I have met working on health care, education, immigration, media, politics, poverty law and many other important issues. The CHCI alumni community is a network of friends and colleagues that will be with me for a lifetime.

Community service was already a big part of my life before CHCI. Through CHCI, I was able to connect my existing community service projects with their service projects. After the program, I stayed closely connected to CHCI’s engagement of local schools and communities and beautification of public schools. I also was active with CHCI interns and fellows in future classes. I have served on several community boards such as the Bert Corona Leadership Institute, working with high schools of migrant communities to understand the power and leadership they could exercise on critical issues facing their families. Currently, I serve on the board of La Fuente, a Community-Labor fund dedicated to empowering communities to take action on issues and get involved civically in their neighborhoods. From time to time, I try and volunteer to talk to young people about leadership and I mentor young people on an ongoing basis throughout my career.

Have fun! Nine months goes by really fast. Enjoy your time with your colleagues in DC and all the events you will attend. Hopefully five years from now you will look back and remember all the wonderful moments you had. Please encourage others to apply to CHCI. I joined CHCI because I had the privilege of meeting an amazing fellow through a study abroad program who encouraged me to apply and wrote one of my letters of recommendation.

I have been blessed to accomplish everything I set out to do professionally when I was 20. In the next five years I hope to enjoy wherever this adventure in human rights campaigning takes me.