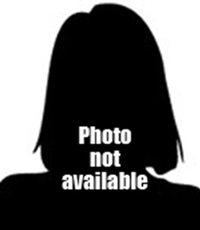 Having always lived in underserved communities, I grew up with two very distinct visions of my future. Part of me wanted to get out and experience what it is like to be on the other side and not come back. Another part of me wanted to grow up and stay in these kinds of communities because it has always been the only thing I’ve ever known. I have been afraid of what it feels like to succeed, mostly because I was told that people like me do not make it. Now, my goal is to help others who have been in a similar position and help them reach their goals.

In 1999, my family and I migrated from Nayarit, Mexico to Los Angeles, California before moving into the bay area in the year 2000. We moved a few times before settling into a home in Richmond, California where crime is something to be expected everyday. It is this community that I now call home and is also the community that taught me the importance of giving back.

When I was younger, I disliked attending school, mostly because I did not know how to speak English and that comes with its own set of hardships like being a target for bullies and having to try twice as hard to learn the material being taught. Nevertheless, I liked learning, so I did not give up when I did not understand what the teacher was saying. It was not until fourth grade that I really felt that my teacher took an interest in me and cared if I was learning or not. My teacher, with the best intentions at heart, introduced me to thr Making Waves Education Program, which completely changed my life. Making Waves is a program that helps low-income and minority students receive a quality education by providing them with free tutoring as well as some financial assistance to attend quality schools. With their eight year support, I was able to apply to and get accepted into the University of California, Santa Cruz, where I am now studying to get my degree in Marine Biology.

When I decided to go to UC Santa Cruz, I thought that I would be leaving my community full of poverty and hate and go into a better community with more equality. I soon learned that although it is a great opportunity to live outside of an underserved community, my calling is not to stay there forever, but to help those back in my community of need. It took me a while, but I learned this lesson getting involved with a program called the Academic Excellence Program (ACE). ACE is a program that helps a diverse group of students majoring in the fields of science, technology, engineering and mathematics (STEM) by providing them not only free tutoring, but also a mentor who genuinely has the students’ best interest in mind.

Both Making Waves and ACE have been a very big part of my life and both of those programs have a similar purpose: to help the underserved community and the low-income community. When I realized that these two major parts of my life got me to where I am today, I quickly realized we need more programs like these and more people willing to help those in need even if their salary is not the best. It was then that I realized that I wanted to help communities like the ones that I have come out of. Although I have thought of helping communities like my own through being a part of the medical field, I am not quite certain that is what I want to do. What I am certain about is what I want to make an impact on low-income and disadvantaged communities.