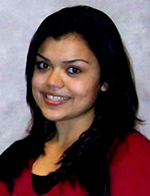 Born in San Jose and raised in Stockton, California, Cristal Ruiz is a first-generation Mexican American and one of five children raised by a single parent. She is also a first-generation college student and would like to continue her education by studying Law.

While studying at University of California, San Diego (UCSD), Cristal joined her student council as Freshman Representative for Revelle College and maintained a high level of involvement with her community. She also worked as a Student Involvement Leadership Consultant for two years and then became Resident Advisor for the last two years of her college career.

Cristal applied to the AmeriCorps program called Justice Corps and volunteered her time at the Superior Court of San Diego to self-represented litigants that needed assistance with restraining orders, name changes, and evictions. The program expanded in 2010-11 and Cristal became the first-ever, full-time Justice Corps Member at the San Diego Superior Court. After graduating from UCSD, Cristal maintained full-time employment and also became involved in her local government by becoming volunteer coordinator for a Mayoral Candidate in National City, CA, for the 2010 elections.

As a CHCI Public Policy Fellow, Cristal hopes to further her knowledge of government on the national level, create quality relationships with other young professionals, and make this life-changing experience one that she can share with her community.