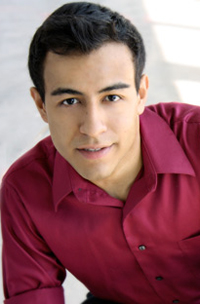 As a current fourth year senior in my last semester at Kent State University as a BFA Musical Theatre Major, I have many clear goals and aspirations in which I would like to accomplish in my lifetime. I came to this college of the Arts School of Theatre and Dance with determination and hoping to be challenged in every class I take. Thus far it has been a success in each and every class. The classes have been wonderful and humbling learning experiences that challenge me on a daily basis.

Next semester I will perform my senior showcase in New York. The showcase is a cabaret styled show to which casting agents are invited. They receive our headshot and resume while watching my peers and I sing and dance. I plan on moving to the city and working in theatre and hopefully get a chance to perform on Broadway. Once I have pursued and gained experience in this stage of my life, I plan on returning to my roots in Cleveland and opening a musical theatre studio in the inner city’s west side. I hope to work in collaboration with The Near West Theatre in Cleveland, the place in which all of my dreams were kindled. I believe that this would help me share my dreams and give back to the community by developing the non-traditional artistic path for Hispanic and other underrepresented artists in theatre.

Being a musical theatre performer, I am always trying to find new ways to become as much of a triple threat as possible. A triple threat in musical theatre is a term of a performer whom excels in singing, acting, and dancing. I have always excelled in singing, performing since I was in grade school, but my acting and dancing had never had formal training. Thus since I have committed my life to a career in theatre, I have done everything possible to make me as much of a desirable actor. I have studied two popular and reputable forms of acting, Laban and Chekhov, by my professors at Kent State. I am currently cast as the male lead Paul in A Chorus Line. It will be a role that will challenge me immensely in dancing and acting because Paul’s character is considered one of the best dancers in a dance chorus. Also Paul has a 10 minute long monologue that is considered to be Broadways most moving monologues. Also, last May I was the lead in the regional premier of Huck and Holden at The Cleveland Playhouse. Written by Pulitzer Prize winning Playwright Rajiv Joseph, Huck and Holden premiered Off-Broadway in 2005. I have also worked as a professional actor at an equity theatre house. I am very excited about my future career and I have CHCI to thank.