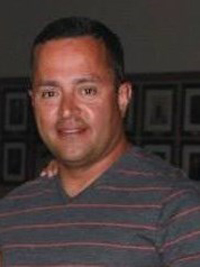 Elias Jimenez, Jr. took a different path to college than most of his classmates. This 45-year old married father of five boys, who range in age from 6 to 20, is currently pursuing his bachelor’s degree in education with the hopes of becoming an intervention specialist. He brings to the classrooms of Defiance College a wealth of experience and a passion for helping individuals with disabilities.

Elias was born and raised along with his younger brother in Defiance, Ohio, where he still lives. His parents and three older siblings moved to Ohio from Puerto Rico. Growing up, Elias was active in sports and was involved in drama and choir. Part of Elias’ inspiration comes from his parents – a hardworking father that never missed work, and a mother who excelled at getting the most out of every dollar. Says Elias, “To this day, I admire my parents for allowing us to have the great childhood we had even if financially times were hard, though we did not know it.”

After high school, Elias attended college for a year. Feeling he wasn’t disciplined enough to reach his full potential, he decided to join the Marine Corp Reserve. While in the Marine Corp, he applied and was accepted into the Ohio State Highway Patrol, eventually rising to the rank of sergeant. His plan was to retire after 25 years of service and go back to college to become a teacher, but a shoulder injury forced Elias to retire after 17 years of service. His retirement came earlier than he had expected, but he believes that everything happens for a reason.

Ever since he can remember, Elias had a passion to help individuals with disabilities. Elias’ second oldest son was diagnosed with autism when he was 2 years old and although his family has struggled at times, it has helped him learn a lot about himself and his family, making them stronger. This is why he is studying to become an intervention specialist. Says Elias, “I want to help individuals with disabilities to become as successful as they can be. I also want parents to know that in me, they have someone that will work hard for their child and for them.”

Despite his busy school and family schedule, Elias makes time to mentor freshman at Defiance College, as well as coach youth baseball and help with a special needs class at his church. “As a Hispanic,” shares Elias, “I want to be a role model for not only Hispanics but also individuals from all races to show that no matter how old you are it is never too late to further your education and to make a difference, no matter what your age may be. I am grateful for the financial help that I received from CHCI that has allowed me to further my education and my desire to help others.”