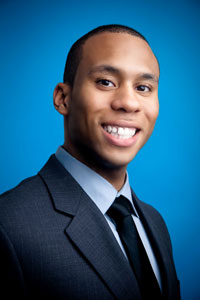 Growing up in “El Barrio,” NY, I experienced certain kinds of violence due to poverty and a lack of resources. Simultaneously, there existed a continuous police presence, with the potential for harassment. Several of my friends were unable to avoid engagement with the criminal justice system; some were arrested and released due to mistaken identity, while others served jail time for petty charges. These experiences during their adolescent years have had an irreversible impact on their lives, keeping them from college and affecting future employment opportunities.

I knew that one way to get away from this environment was to go to college. It was in college where I discovered my potential and learned that research, policy making, and advocacy can address the issues that negatively affect inner city communities. I am currently a Junior at CUNY: The City College of New York, maintaining a 3.84 G.P.A. while dual-majoring in Political Science and Pre-Law.

Upon graduating from CUNY: City College, I will pursue a Juris Doctorate degree focusing on public interest law. I feel that law school would provide a strong, well rounded education that would best suit my interests in juvenile justice improvements, death penalty abolition, and criminal justice reform. A law degree will be the most beneficial graduate study for my potential career in public service because I hope to go beyond the advocacy that I engage in now and bring about tangible results, perhaps by representing and working at the defense of at-risk teenagers or by proposing policies that address the reasons for wrongful convictions in our justice system.

My Puerto Rican Heritage sparked my interest in law by leading me to question the reasons for the overwhelming amount of Hispanic males in federal and state prisons. My search for a means to improve the lives of my people compelled me to focus my studies on the draconian drug enforcement policies that plagued Puerto Ricans arriving in the U.S. during the early 1950’s and 1960’s. These enforcement policies still have an effect on us today. Bureau of Justice statistics show that 1,747 of every 100,000 Hispanic males will be imprisoned by age 30. Heavy police enforcement in urban city communities mostly populated by Blacks and Hispanics negatively affects our people as minority incarceration rates continue to increase. This becomes a cyclical process as studies show that Hispanic ex-offenders have at least a 50% chance of recommitting a crime, leading to a re-arrest and potential re-incarceration.

I would like to influence change in police activity in urban communities and raise awareness of the lack of opportunities available to our struggling teenagers. This would likely alter the stigma that is currently associated with Hispanic communities. I would also like to contribute to efforts addressing the high recidivism rates among Hispanic ex-offenders. By strengthening the resources available to ex-offenders upon release, there is a higher possibility for a decrease in recidivism rates and an increase of employment opportunities for individuals who have fallen prey to our criminal justice system. Such efforts, I believe and hope for, would gradually result in a slow decrease in crime rates for Hispanic non-violent ex-offenders, a lower amount of re-arrests, and contribute to a decrease in overall crime rates and prison populations.