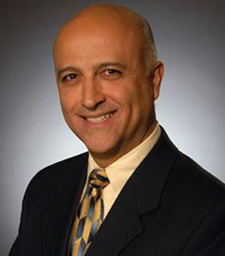 “Leadership means taking people from one place to another, whether physically or on issues. Leaders operate outside their scope of authority, and taking leadership steps is an inherently personally dangerous process.

I want to thank CHCI not just for the skills and the experience that they gave me during my fellowship many years ago, but more importantly, for the confidence I gained in myself to be able to take some leadership steps and to help move people.” -Henry Fernández

The CHCI Alumni Association (CHCI-AA) was proud to recognize long-time supporter and CHCI Board of Directors Member, Henry L. Fernández, Ed.D. as the recipient of the 2014 Medallion of Excellence for Distinguished Alumnus. This prestigious annual award recognizes a CHCI alumnus who has made an outstanding contribution to the Latino community and who has thereby achieved distinction. It is meant to highlight the impact of CHCI’s programs and the prominence of its alumni. As an alumnus of the CHCI 1987-88 Fellowship Program, Fernández credits the CHCI fellowship experience with exponentially advancing his professional and personal growth as an educator, community & civil rights advocate, and father. Fernández has played an integral role in the growth of CHCI and in the formation of its nearly 3,000 strong alumni network. Since 2009, he has served on CHCI’s Board of Directors, chairing the Programs and the Finance committees, and currently holding the position of CHCI Treasurer.

Dr. Fernández has more than 30 years of work experience in education. Arriving in the United States as an immigrant at the age of 9, Fernández was taught the value of an education by his father, who successfully relocated the family to a new country by working hard and holding a degree. Fernández has been employed at USA Funds for more than 10 years, serving as a senior grants officer, vice president for government relations, and executive director of the philanthropic department. He has managed millions of dollars in grants and scholarships that USA Funds invests annually in enhancing opportunities for more students to enter and complete college, has coordinated efforts that reach policymakers, and has interacted with stakeholder groups. Prior to joining USA Funds, Fernández was a program director for Lumina Foundation for Education. His experience also includes work in corporate philanthropy and service as director of the Peace Corps Fellows Program, as well as work as program administrator for New York’s Teachers College, Columbia University. Earlier in his career, he served as an elementary-school principal and teacher.

Fernández actively supports his community and professional organizations through his involvement. In his community, Fernández was a founding member and coordinator of the Indiana Latino Scholarship Fund, which has raised $2 million for academically gifted and indigent Hispanic Hoosiers, and currently serves on the board of the Central Indiana Community Foundation. In addition to the CHCI Board of Directors, he has served on a number of boards, including those for the NALEO Educational Fund, Grantmakers for Education, and Advocates for Youth, and also served for four years as an elected school-board member on the Metropolitan School District of Lawrence Township of Indiana. He is an Honorary Board member of Excelencia in Education, in Washington, D.C.

Fernández received a doctoral degree in education and three master’s degrees from Teachers College, Columbia University. He completed his undergraduate studies at Queens College of the City University of New York. He has been living in Indianapolis since 2002 with his partner of 20 years and their two children.