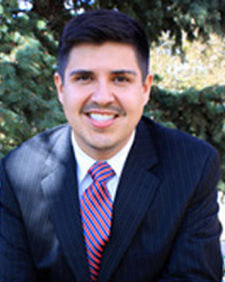 I returned to Colorado after the public policy fellowship to direct grassroots campaigns to safeguard fairness and opportunity. In 2008, I led efforts to defeat a deceptive ballot measure that would have eliminated all equal opportunity and affirmative action in education, employment and contracting throughout the state. Due to these efforts, Colorado became the first state in the country to reject such a measure at the ballot box.

In 2010, I created and implemented the largest Latina/o joint get-out-the-vote program in Colorado’s history, engaging over 120,000 voters across the state to participate in the election. Due to this effort, Latinas/os accounted for a larger percentage of the electorate in 2010 than in 2008 (presidential election year), and the Latina/o vote was cited as the margin of victory for U.S. Senator Michael Bennet (CO-D) and the key state to protect the Democratic majority in the U.S. Senate. This voter engagement model has been replicated and will be implemented in 3 additional states in the 2012 election (AZ, TX, NV).

In 2011, I served as the Public Policy Director for the American Civil Liberties Union (ACLU) of Colorado. In that role, I worked with the Department of Corrections, state legislators, mental health experts, and formerly incarcerated people to radically overhaul the use of solitary confinement in our prison system. Due to this joint effort, we were able to reduce the population of inmates in long-term (2+ years) solitary confinement by more than a third.

Due to reapportionment, Colorado gained two majority Latina/o state senate districts. As a lifelong resident of the new senate district 21, I decided to declare as a candidate for the seat. The district includes the homes where my grandparents raised my parents, the trailer park I grew up in, and the home where I’m raising my two kids. I received the unanimous nomination on March 17th at the Democratic Assembly to advance to the general election. At the age of 28, I am the youngest Democratic candidate for state senate in Colorado.

CHCI afforded me an extended family. When considering my run for office, I relied on the advice, expertise and insight of CHCI alums to make my ultimate decision. Their emotional support, encouragement and campaign contributions (my first maxed out donor was from my CHCI class) have helped to position me to be the Democratic nominee for Colorado Senate District 21. I am forever grateful for their friendship.

After the policy fellowship, I pursued work opportunities in the nonprofit sector to blend my interest in public policy with my passion to change the world. I also worked to identify opportunities external to my job that helped me to continue to serve my community. I volunteer regularly with Colorado Progressive Coalition, Colorado Jobs with Justice, and One Colorado.

Treat every task as an opportunity to change the world. Internships and fellowships can sometimes include tedious work. However, remember that CHCI participants are uniquely situated in the halls of power to help shape history. Every phone you answer, letter you write or constituent you meet with can change the course of our country. Accept the responsibility with enthusiasm.

In the next decade, I see myself remaining firmly rooted in my community, continuing the struggle to defend and protect our core values of fairness and opportunity. As a father of two wonderful kids, I want to do everything in my power to build a future that they deserve.