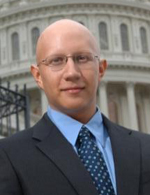 For many, social justice is a concept embodied only in the Hollywood’s greatest films —Erin Bockavich, A Civil Action, and so on. But today’s real heroes are not Julia Roberts or John Travolta, and they walk not the hills of Hollywood, but the halls of Congress.

Congressional Hispanic Caucus Institute (CHCI) Graduate Fellow, Jose Medina is one such hero in the making.

A native of El Paso, TX, Jose’s contributions date to his college years. As a Vassar College Compton-Mentor Fellow, Jose advanced an alternative educational model for Mexican, rural migrant teens in the Hudson Valley, NY. Also during college, Jose worked as a Ford Scholar in the department of Political Science, where with Professor Katherine Hite, he studied the authoritarian legacy in post-Pinochet Chilean popular media.

During this time, Jose also worked as an intern at Vassar’s multicultural safe space, the African-American/Black, Latino, Asian-American/Asian, Native-American (ALANA) Student Cultural Center. Serving as a Center representative to the greater Vassar community, Jose became deeply committed to addressing questions of institutionalized racism and classism, from both an academic and grassroots perspective.

Following his work as a Compton-Mentor Fellow, Jose returned to El Paso and enrolled in the University of Texas at El Paso (UTEP) Masters program in Political Science. There, much of his work centered upon the democratic merits of legal secularism. At UTEP, Jose also interned for Federal District Judge David Briones; was a Teaching and Research Assistant in the Department of Political Science and the Center for Law and Border Studies (CLBS); and served as an Assistant Editor for the Journal of Law and Border Studies, a legal journal centered upon political and legal issues unique to the border region.

As a CHCI Fellow, Jose jumped right into his first placement at the U.S. Department of Agriculture (USDA). At the USDA Food and Nutrition Service and under the guidance of the Administrative Review Division Branch Chief, Jose reconstructed the hearings process for the State Food Stamp Appeals Board. For example, when a state agency is charged with violating Food Stamp Regulations, it has the right to appeal. Given the nature of the offense and the resources involved, the appeal goes before a federal board. State agencies have the right to an administrative hearing. He re-constructed the hearings process, from discovery to witness examination, to judicial rights. Jose interpreted the Code of Federal Regulations and used it as his guidance. USDA is now the last line of appeals before a state moves to the federal courts.

In his second placement — the office of Congressman Reyes — Jose is the Congressional Hispanic Caucus liaison, helping to write floor statements, press releases, columns and blogs.

It won’t be long before Jose is worthy of his own Hollywood fame, “based on a true story:” After his work as a CHCI Public Policy Fellow, Jose will attend law school to pursue public service, both from a grassroots and an intellectual standpoint.