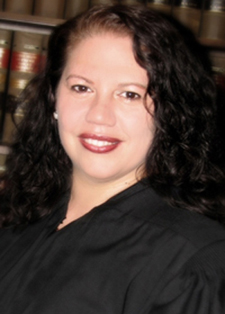 The summer after CHCI I completed a summer pre-law institute with the Council on Legal Educational Opportunities (CLEO) at the University of Missouri- Kansas City. After that experience I realized that I needed one more year before I dedicated myself to three years of law school. I deferred law school admission for a year and I worked at Northeastern University in Boston as an admissions counselor. I then enrolled in law school at the University of Wisconsin-Madison. I was there for three years and earned a Juris Doctor and a Master of Arts, Latin American, Caribbean, and Iberian Studies. I also had the opportunity to study abroad for six months in Santiago, Chile.

After gradation I returned to Boston and I worked as a judicial law clerk for two years. I decided to move to D.C. and have been here since the summer of 2004. I first worked as a law clerk, then as prosecutor for the District, then as a bilingual attorney negotiator for the D.C. Superior Court and recently I was appointed to my current position of Magistrate Judge.

The CHCI experience was instrumental to my professional and personal development in so many ways that it could take me days to answer this question. It allowed me to be in this great city and to walk into any gathering with the confidence that I belonged there and that I had something valuable to contribute. The experience also solidified my desire to become an attorney and use my degree to be a public servant. Even though my participation in the program predates the CHCI Alumni Association and a formal mentoring program, I was lucky to have some amazing alumni who mentored me, most notably Susan Santana and Juan Verde. They both continue to mentor me today and have been very influential in my development as a leader and as an attorney. CHCI also brought me to Washington, D.C., a city that I had never visited before but one that I now have the honor to call home and where I am raising my son.

In law school I was an officer in the Latino Law Student Association. As soon as I arrived to D.C., I became active in the Hispanic Bar Association serving as its president in 2010. I currently still serve on that board. I am also on the board of the Spanish Education and Development Center and the Hispanic Bar Association of D.C. Foundation. I am also involved with activities at my son’s school. I continue to serve as a mentor to many law students and young attorneys in the area.

I would advise them to treat everyone with respect as they would like to be treated. You never know where people are going to end up and who will be asked in the future regarding their opinion of you. It almost sounds cliché but it is so true! Also, take the opportunity to meet people for who they are, be genuine about your connection with people and you will find that you will make friends and supporters for a lifetime. Don’t ever let your first question be “so what do you do” or “where do you work”? There is so much you can talk about that will make an impact and that will make them relate to you on a different level than what someone does for a living. Stay in touch with people, tell them what you are up to so they feel invested in your future and when you need assistance they are more likely to help you or put you in touch with someone who can help you. Most of all don’t be afraid to seek advice and guidance from other alums. We have all been where you are and for the most part you will find that we welcome that exchange and the opportunity to help you along your journey.

In the next five to ten years, I hope to still be a judge serving the residents of the District of Columbia. I am blessed that I have found my calling early in life and every day I get to live my American dream.