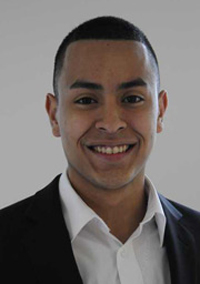 My inspiration to study government began in my seventh grade civics course in junior high. I remember being enthralled by discourse of legendary figures in law and politics such as Thurgood Marshall in Brown v. Board of Education. My imagination was captivated by the human potential to advance civil liberties for all. As the son of an immigrant family, my memories contain embedded knowledge of the struggles that minorities in the United States face. Thus, in my journey to discover the purpose of my life, I have decided to make real meaning of my existence through helping people who face similar issues my father did (e.g., discrimination, job-loss, taxes, and social injustice) in hopes of wielding a pivotal role for the betterment of minorities some day. My father’s mission was to raise his family in the land of opportunity. My aspirations involve serving the people of my Hispanic collective culture realize the dream that is America.

My current interests in political science and immigration have compelled me to study and research state statutory law, U.S. Supreme Court case rulings, and in depth analysis of our U.S. Constitution in hopes of achieving a greater understanding of our inalienable rights, and exploring college-level coursework in the areas of Law and Politics into my four-year university. Furthermore, my passion of mediating between opposing parties, having gained experience among the groups I am involved with, and my relentless will to learn, I believe, will create an ideal fit with my aspirations of attending law school. But first, my plan is to major in Government. The study of politics captivates my attention since it explores the way in which our governing body functions, and herein lay the answers in benefiting the Latino community: representing Hispanics where deliberation over resource-distribution takes place.

Subsequently, my focus will be to study systemic injustices and controversial pieces of legislation like the DREAM Act and immigration law, in order to be professionally exposed to my life’s pursuit. Moreover, I cannot state it with better words then when Martin Luther King Jr. states, “We are not makers of history. We are made by history.” In other words, we need to allow the experiences and mistakes of our past be learning lessons and guide us into a better future. Latin American History will organize my knowledge of factors to consider when representing the underserved Hispanic community in America.

I envision working as a lawyer in the immigration field, where I will gain experience working with immigrants who have come to issues with the law. My long-term goal entails a political career that will give me a chance to advocate on behalf of minority communities. I wish to commit my life’s work to representing the Hispanic community’s needs, not only in New York State, but also across the nation. With role models such as Sonya Sotomayor, a Yale Law School grad of Puerto Rican descent, who was appointed as the first Hispanic to the U.S. Supreme Court, and Mel Martinez a Cuban-American, who was the secretary of the U.S. Department of Housing and Urban Development, I am assured that Hispanics have and will continue to represent our community in our nation’s capital: Washington D.C. My ultimate objective is to uphold my father’s values by becoming someone who will live a meaningful life in standing up for what he believes in.