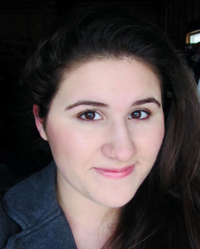 Ever since I was young, I’ve wanted to go to college. It wasn’t really a question for me. I knew that if it was possible, both financially and academically, that I would go. Neither of my parents have college degrees and growing up in a low-income household, I knew my life would be greatly improved if I continued my education after high school.

In elementary school I used to work hard on every homework assignment and every test, making sure I always brought A’s home to mom and dad. I was naive and I thought that those grades actually mattered. When I reached middle school and realized that they didn’t matter, I was a little upset, but even though those grades didn’t factor into college admissions, I was still proud of the work ethic that I had developed. The work ethic I had from a young age is what propelled me and prepared me to do well in high school.

In high school I studied… a lot, but I also made time for extracurricular activities. I was a part of Key Club, Chess Club and, for a year and a half, the Drama Club. I was also granted many honors while attending high school. I was awarded membership in my school’s National Honor Society and Spanish Honor Society. I was on the high honor roll for four consecutive years. I was also third in my graduating class and given the Daughters of the American Revolution Good Citizen Award, which is an award for one person per year, chosen by the faculty members.

Despite being a good student, with a high grade point average and decent test scores, I knew that affording college would be an issue. My parents couldn’t contribute anything to my college costs and as I reached senior year, I knew that community college was probably my future. That is, until I discovered a program called QuestBridge, a non-profit organization that links high achieving, low-income students to top tier universities. They provide two different programs, one for juniors and one for seniors in high school. For seniors, QuestBridge offers a very rare opportunity for students to apply for full-ride scholarships to eight of their 33 partner schools. I was reading through their list of partner schools and what did I find? My dream school, the University of Southern California. I applied, but wasn’t given the scholarship. However, I was admitted to USC with decent financial aid and a Dean’s Scholarship. If it wasn’t for QuestBridge, I never would have applied to my dream school and I wouldn’t be sitting in my sunny, Los Angeles dorm room, writing this right now.

My goal throughout high school was to simply get into an affordable college, and now that that’s achieved, I’m trying to find another goal. Currently, as an undeclared major, my short term goal is to discover what I am truly passionate about and explore possible career paths. A long term goal is to graduate from USC with a high grade point average and a heightened sense of who I am and who I’m striving to be in the future.