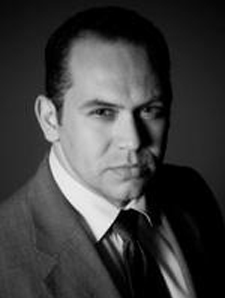 I was born in Brownsville, TX, on a brisk February night in 1973. For the next seven years, I lived under the tutelage and care of my mother and my maternal grandparents in Matamoros, Tamps. Mexico. Mom remarried and we all moved back to Brownsville.

Fast-forward a few years. In 1991, I graduated from Homer Hanna High School in Brownsville in the top 5% of my class. During that summer I flew to Washington D.C. to fulfill my duties after accepting the Congressional Hispanic Caucus Institute Internship. During this internship I attended Southeastern University and took courses in public policy and public speaking. The CHCI internship was a true learning experience for me, a sort of coming of age and a right of passage. During those two months I collected many experiences that have enriched both my personal and my professional life.

In October 1992, I started my broadcasting career at KTJN Tejano 106 FM in Brownsville under the direction of Edgar and Hilda Treviño. When I moved to Austin, I continued my work as a DJ for the Tejano station KKLB Club 92.5 FM. While I was in Austin, I worked for several syndicated shows as a voice over talent. I was also the youngest announcer at the Texas State Lottery.

In 1996, shortly after graduation, I moved back to the Valley to work as a production manager for KIWW Puro Tejano. In 1999, the opportunity to work for Univision 48 knocked at my door. During my years at Univision I served as Sports Director, News Director and News Anchor.

The work I have done at Univision has also served as a springboard for world travel. I have been fortunate to earn the Radio Television News Directors Association Fellowship in Germany and Belgium, the Carole Kneeland News Directors Fellowship in Austin and the East-West Center Journalism Fellowship in Hong Kong. Publications, such as the Texas Broadcasters Association Newsletter and the 2007 issue of Hispanic Professional, have honored me by profiling my career.

In January 2007, the opportunity to do something unprecedented presented itself. I was allowed to simultaneously be the anchor for a Hispanic and General Market newscast in the same region. Plus, it was an opportunity to practice what I preach: those who live in this locality have all the tools to become balanced bilinguals.

I am a USFA certified fencing instructor (taught at UTPA for three semesters), a movie buff, an avid reader, inspired writer, an amateur actor and a dedicated husband and a loving father of three.