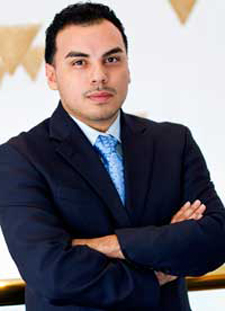 Current Job: Special Assistant to the Dean and Director of Diversity and Community Engagement

After earning my bachelor’s degree in corporate communications and public affairs from Southern Methodist University (SMU), I went on a national speaking tour, encouraging young people to embody courage in the face of adversity. After touring I returned to SMU and was appointed by Dr. Jose A. Bowen, Dean of the Meadows School of the Arts to create the first office of Diversity and Community Engagement. Since its inception three years ago, the minority student enrollment is at an all time high, making it the largest incoming class of minority students in the 100 year history of the school. In addition, we have secured over $8 million in financial aid to underserved students and established the first Hispanic Youth Institute in Texas.

In addition, in 2006 I was appointed to be the National Hispanic Heritage Month Distinguished Speaker. Most recently I was voted the 2010 MillerCoors National Latino Leader of the Year. To date, I have had the honor of speaking to millions of people across the country as an advocate for higher education and have been featured as a special guest on CNN, Univision’s Don Francisco Presenta and NBC, among many other broadcasts and print publications.

My experiences at CHCI allowed me the opportunity to see life outside of my 10 mile radius and exposed me to Hispanic role models who taught me how to dream.

Most of my volunteer work has been done at Reconciliation Outreach (RO) where I have accumulated over 30,000 hours of community service since the age of 13. In 2001, I helped found “The Refuge,” a shelter for battered women and children. As a member of the board, we have helped raise over $5.8 million in assets, making RO one of the largest privately funded non-profits in the Greater Dallas area with its creation of a low-income housing, elementary school, community soup kitchen, a single woman and men homeless shelter, a Children’s and Youth Recreation Center, and a multi-story non-profit leasing center. Other community leadership affiliations include: Congressional Black Caucus Foundation Scholarship Committee Board member; Texas Chairman of the Hispanic Youth Institute; Chairman of the Greater Dallas Hispanic, Asian, Black and GLBT Chamber of Commerce Annual Project; Chairman of the Dallas Red Light Enforcement Commission; Dallas Independent School District Superintendent Advisory Board and Board Vice-President for Reconciliation Academy.

Begin with the end in mind because you may find yourself making a long term decision based on a temporary situation.

Do not allow your circumstances to dictate your destiny.

Remember that sometimes your circumstances may not change, because they are meant to change you.

In the next five years, I would like to become a White House Fellow and continue to further my education and career in higher education. I will also be working towards establishing the nation’s first homeless shelter for college students and hope to partner with the Department of Labor, Education and Health and Human Services to establish a more sustainable holistic program. Ultimately, in 10 years, I would like to partner with the Dallas County Community Colleges to create the Raul Magdaleno Leadership Institute, to train and prepare our youth to be public servants.