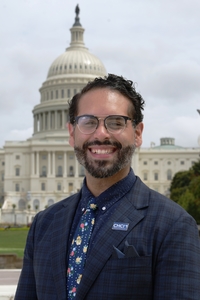 Rodrigo Avila was born in San Francisco, California to immigrants of the civil war-torn Nicaragua. He was raised with Central American and Cubano culture as the core of his mixed Latin heritage. As the youngest of an aging family, he quickly became a caretaker to his family and soon after his community. Rodrigo completed his bachelor’s degree in social work in rural Humboldt County, California and was awarded the Presidential Volunteer Award for his work with aging and homeless populations. He later continued his civic dedication through working with Latino communities in San Francisco as a Case Manager working in housing, shelters, and health centers.

In 2017, Rodrigo graduated with his Master of Social Welfare from the University of California, Berkeley. While at Berkeley, he collaborated with California Latinas for Reproductive Justice to conduct research on empowering communities to identify gaps in reproductive health. He also contributed to research in collaboration with the University of California, San Francisco, investigating the relationship between nutrition and HIV/AIDS. In addition to his research, he also worked at one of the nation’s first-of-its-kind homeless shelter, Navigation Center, which piloted assisted housing for over a dozen homeless families/individuals in San Francisco. Rodrigo has spent five years working with LGBTQ populations, medically compromised individuals, and severely mentally ill communities as a social work provider.

As a CHCI Graduate Health fellow, he aims to continue to serve indignant and marginalized communities, with a special focus on Latinx immigrant populations, in order to increase access to needed health and nutritional services.  He aims to continue to work on the Hill and later pursue a Ph.D in health policy and law.