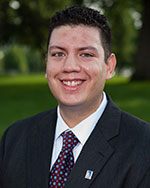 Scott Astrada is a first generation American from Milford, Connecticut. His family is originally from Cordoba, Argentina. Scott started his undergraduate studies in Miami, at Florida International University, where he was enrolled in the honors college. In 2006, after transferring to the University of Wisconsin-Madison for his junior year, he completed his B.A. in English. He then went on to earn his Juris Doctorate from Marquette University Law School in 2009. As a law student, he interned and clerked at numerous private and state organizations including the Wisconsin Department of Justice-Attorney General’s Office, the Wisconsin Department of Natural Resources-Legal Services Division, and Legal Aid. Scott has devoted his volunteer time to drive community and economic development in Hispanic and minority communities throughout Wisconsin.

While working full time for a local law firm in Milwaukee, Scott pursued his masters of business administration (MBA) from the Marquette Graduate School of Management, which he completed in May of 2013. During this time, Scott founded the Milwaukee chapter of the National Society of Hispanic MBAs, the nation’s preeminent organization for Hispanics professional, serving 39 chapters and over 20,000 members. He served as the President of the Board of Directors from 2010-2013. Scott also sits on the Board of Directors of numerous local and national organizations.

As A CHCI Graduate Fellow, Scott hopes to continue working toward building and maintaining sustainable economic communities among the Hispanic population, primarily through real estate and economic development projects and policies.