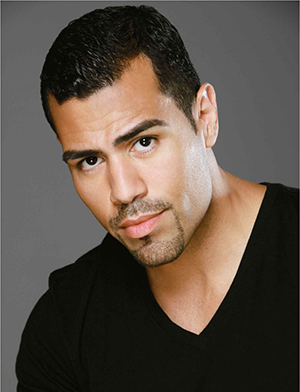 “Through its longstanding support, Bank of America has been instrumental in furthering the success of CHCI as an organization, investing in Latino students and connecting them to a powerful network of leaders,” said Domenika Lynch, CHCI President & CEO. “We value this great relationship and look forward to a continued partnership in advancing opportunities for future Latino leaders.”

J.W. Cortés will serve as celebrity emcee for the evening’s program. He is an award-winning actor, Marine combat veteran, singer, filmmaker and philanthropist. Born and raised in Sunset Park, Brooklyn to inspiring Puerto Rican parents, he developed an interest in the arts along with a desire to serve his community and country. Recognized for his drive, talent and positive attitude, Cortés has become one of the most respected prime-time Puerto Rican actors on television today.

Join the largest and most prestigious gathering of Hispanic leaders in the nation at CHCI’s 39th Annual Awards Gala on September 15, 2016. Attending the Annual Awards Gala gives you the opportunity to support CHCI’s mission to Develop the Next Generation of Latino Leaders®, while gaining high visibility and access to CHCI’s prestigious network of leaders and change makers.

Savings available if you combine your Gala ticket with the Public Policy Conference. Click here to learn more.