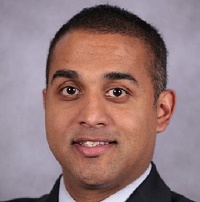 Charley John serves as Director of U.S. Public Policy for the Walgreen Company. He has been with Walgreens for 21 years, 15 of them as a pharmacist. He attended the University of Florida where he completed his doctorate of pharmacy.  He started off his career in South Florida as a pharmacy intern and had stints in Cincinnati, and the Washington, D.C. metro area. At these stops he has served in a pharmacist and district supervisor capacity. His work included overseeing the Washington, D.C. district in efforts to grow and transform the role of the pharmacist, both in the retail and specialty setting. He has worked to improve access to healthcare through pharmacy by championing the role pharmacists play with medication counseling, adherence, disease state management, and immunizations. He has been featured in the Washington Post’s, “A day in the life” series, received the NMQF 40 under 40 Leader in Health Award, and served as a panelist at Senate and House briefings to showcase how pharmacist can play an increasing and effective role in healthcare. He has worked in the community partnering with several organizations to increase awareness of health topics such as heart disease, diabetes, and HIV/AIDS and bringing resources to the underserved and under-informed through screenings, medications, and consultations. Most recently, his work involves engaging with public officials and industry and community leaders around healthcare policy in efforts to improve the administration and outcomes of our healthcare system.