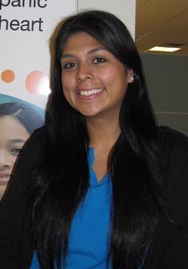 Incoming CHC member Congressman-elect Jimmy Gómez(D-CA), who will be sworn in July 11, 2017, has named CHCI Alumna, Bertha Guerrero as his Chief of Staff. The UCLA graduate shares California roots with her new boss, having grown up in Santa Ana. She is leaving her post as Director of Public Engagement for Democrats on the House Natural Resources Committee. Guerrero previously served as a Director of National Advocacy at the Hispanic Federation. Prior to that, she was a Legislative Assistant for Congressman Raúl M. Grijalva (D-AZ) and a past president of the Congressional Hispanic Staff Association. Jimmy Gómez has already made a name for himself, so she will have her hands full navigating the new MoC through the Republican-controlled lower chamber. Her past experience proves she is more than up to the task.