The CHCI Alumni Association invites all alumni to vote for our next National President from the candidates below:

I am compelled to run again for National President, because I want to continue giving back to the organization that has transformed my life both professionally and personally. I want to continue working to take our Association to the next level while serving in a key role as CHCI enters this time of transition to a new CEO.

During my last term, I focused on providing professional development opportunities, strengthening the Association’s communications and building robust partnerships. To this end we achieved several milestones including the development and release of an Alumni Census with vital data on our membership, the launch of the Inaugural Young Alumnus Award and increased financial support and partnerships with State Farm, Emily’s List and the Latino Center for Leadership Development. However, there is so, so much work to do.

If elected to a second-term, I want to build on these successes by focusing on three goals.

Elevating Communications to Even Greater Heights

Thank you and I hope that I can count on your support.

Amilcar Guzman is the Director of Research, Evaluation and Advocacy at CASA, where he leads the organization’s Evaluation Department. In this role, he works to ensure that the organization’s programs, policies and practices are evidenced-based. Prior, Amilcar worked in education policy, research and analysis at numerous Washington, DC-based organizations including the Data Quality Campaign, National Council for Community and Education Partnerships and the Council of the Great City Schools. He started his career through a Congressional Hispanic Caucus Institute (CHCI) Public Policy Fellowship.

Amilcar has 8 years of experience serving as a part of CHCI Alumni Association leadership. From 2016-2018 he served as the National President, representing the interests of over 3,500 Latino professionals from across the country. Before that he served as the Founding President of the Washington D.C. Chapter (2014-2016), National Vice-President (2012-2014) and National Programs Coordinator (2010-2012). Each of these experiences have provided Amilcar with insight into how to develop high-quality programming for alumni, foster partnerships with organizations and elevate the visibility of the Association.

Amilcar has received fellowships from The U.S. State Department, American Association of Hispanics in Higher Education, Hispanics in Philanthropy, Latino Center for Leadership Development, U.S. Spain Council and The Center for American Progress. Recently, he was recognized as 40 under 40 leader by Prospanica, Washington D.C. He is pursuing his Ph.D. in Educational Leadership and Policy (Higher Education) at the University of Maryland, College Park- where he studies the civic engagement of Latino/a college graduates. 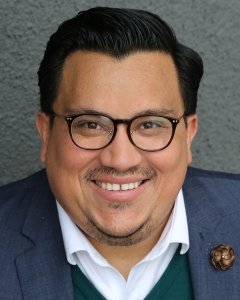 CHCI is to me what it is to countless alumni, a life changer. CHCI was the catalyst for my professional career and as such, I have sense of indebtedness to the organization, its alumni, and to future CHCI leaders. The CHCI Alumni Association has had a successful trajectory and as its ranks are growing, I feel it needs a leader with the ability to unite that base and take it to the next level.

CHCI AA needs a leader with an understanding of its diverse membership, one that understands the politics of D.C. while being responsive to regional needs. I want to be that leader for CHCI AA, bring my political, organizing, and fundraising abilities to CHCI, while centering the focus on alumni across the country and at all professional levels. I commit to establishing a strong fundraising base, to engaging disenfranchised alumni, and growing the organization and its presence.

A Message from Jose

What a great week! We are in the final stretch of elections for the Alumni Association across the country and have seen great leaders elected by their peers. A huge congrats to all of you!

Tomorrow, Wednesday is the final day to vote for your next AA National President. I humbly ask for your consideration for the position. I have a proven track record of success be it on the national scale or local organizing. I’ve managed non-profits, led the coalition that insured- many for the first time- more than 4.4 million Latinos, was one of four Latino Vote Directors for Hillary For America, and currently manage a philanthropic portfolio for one of the largest foundations.

My desire to be the next president for the AA stems from direct asks from alumni leaders, advisement from mentors, and as we launched the campaign- receiving very clear messages sent to me from alumni across the country that change was needed.

Win or lose, whether I’m afforded the opportunity to be your next president or if Amilcar gets a second term- CHCI AA deserves a leader that cares for its growth and success. On that note I want to make something very clear: I respect and admire Amilcar. This campaign is not one that is personal but rather to elect the next president for this great association. Whoever steps into this role, will have much work to do, many demands to meet, and will have to advocate more than ever for a strong and independent association. I wholeheartedly believe I can take on this challenge and represent the growing alumni base.

Please go and make your voice heard and vote for me as your next AA National President. To read more about me and vote visit here: https://jplaza.me.

Jose L. Plaza is a CHCI alumnus, class of 2012-2013, and served as the Bill and Melinda Gates Higher Education Graduate Fellow. During his fellowship, he held placement at the education non-profit Ed Trust and the office of Congressman Raul Ruiz managing portfolios ranging from health, immigration, housing, to education. Jose began his professional work as a counselor for the College Assistance Migrant Program (CAMP), co-authoring a federal multi-million dollar grant to implement CAMP at the community college level.

Following his role at CHCI, Jose served as the National Director for Latino Engagement for Enroll America, which led the effort to enroll more than 4 million Latinos in Obamacare. While at Enroll America, Jose’s efforts in leading a national coalition of Latinx-serving institutions led to joint efforts across federal agencies, work with LGBT, youth, faith, labor, education, and various other subsets of the community.

Jose has served on both advisory and executive boards of the Latin American Youth Center, New Leaders Council- DC, and was president and board chair of the Latino LGBT History Project, the oldest non-profit Latinx-serving LGBT organization in the DMV. In 2017, Jose served as one of the national co-chairs for the historical Equality March in Washington DC, which drew thousands to the national mall and was the sixth of its kind held in over 40 years.

Currently, Jose is a program manager in the statewide Prevention team at the California Endowment. In that department, Jose oversees immigration, LGBTQ, disability portfolio, and spearheaded TCE’s GOTV efforts. Jose’s portfolio also encompasses youth engagement specifically education and outreach around issues of civic participation, artivism, and social justice. Jose is one of the social media content coordinators for the endowment and oversees a myriad of communications contracts from social media to traditional media.

Jose earned bachelor’s degrees in social science and English from San Diego State University. In 2005, he moved to Long Beach, California to pursue a M.Sc. in counseling with an emphasis in student development in higher education from California State University, Long Beach. He began his doctoral work in education at the University of Southern California studying undocumented/migrant student experience in higher education. Jose is currently one of 10 American Express NGen Fellows focusing on equity work in non-profit and philanthropy with Independent Sector. Jose resides in Sacramento, California.