The CHCI Alumni Association New York City Chapter invites local alumni to vote for its next Chapter President from the candidates below: 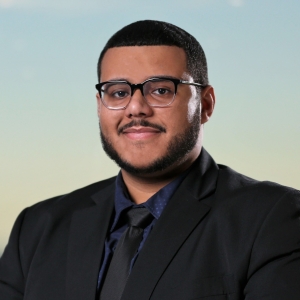 Ramon Cabral is a first generation Dominican-American and a lifelong resident of Bronx, NY. Ramon graduated from Fordham University with a Bachelors in Political Science in 2014. He is currently working on a Masters of Public Administration at John Jay College. Ramon began as an intern for a local New York Assemblywoman. He was chosen as a 2013 Summer Intern with the Congressional Hispanic Caucus Institute in Washington, DC. There, Ramon had the distinct opportunity to work for Congressman Jose E. Serrano.

Soon he returned to the Bronx district office of the Congressman as an intern and upon graduation from College was offered the job of Community Liaison. As Community Liaison for Congressman Serrano, he has the task of attending many district events and community board meetings, as well as reaching out to the constituents and giving information about the office and how they can help. In the summer of 2016, Ramon took a leave of absence to work on the 2016 Presidential Campaign out in Iowa as a field organizer. After returning back from the campaign, he was promoted to Deputy District Director in December 2016, where he still works today.

I want to continue serving on the board because I truly believe that this chapter has the potential to do so much more. Increasing alumni engagement will be key to ensuring that this chapter extends all throughout the Tri-State area. I want to work with different organizations to create partnerships that will create networking and volunteer opportunities for alumni. The mission of the CHCI Alumni Association to engage in developing Latino leaders and stay involved civically in our own communities are two ideals that I strive to follow. I have worked to ensure that young Latinos in our communities have opportunities to advance their professional goals by offering internships or connecting them to other opportunities. I have also been very civically involved in my community by attending local community board meetings and events. I look forward to continue serving on the board! 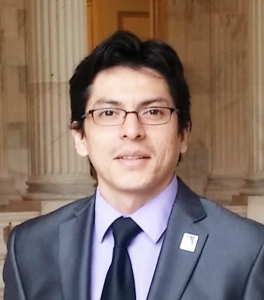 Ernesto was born in Quito, Ecuador and came to the United States at the age of 15. As a scholar recipient from the Juventud Ecuatoriana Scholarship Fund, the New Jersey City University Foundation, and the Hispanic Scholarship Fund, he was able to complete his undergraduate studies in international business with a minor in political science from New Jersey City University in 2014. During his time at New Jersey City University, Ernesto became involved as a student senator, a student ambassador, a peer mentor, and President of the National Society of Leadership and Success. In 2011, he was selected as a New Jersey Governor’s Hispanic Fellow, he also interned at the Ecuadorian Permanent Mission to the United Nations, where he found his passion for peace operations in areas of conflict, humanitarian programs in marginalized regions and sustainable and accountable policies for societies and governments.

Ernesto has worked in his community providing guitar and cultural classes to people of all ages, in community centers and churches. He has been a member of non-profits such as; the Institute of Latin American Art and coordinator for the non-profit Juventud Ecuatoriana. A non-profit who provides scholarships and education empowerment to undocumented students in the Tri-State area.

The interest of Ernesto’s public service emerged from his childhood, when he witnessed the participation of his parents and his sister when they empowered, educated and cared for those overlooked by society. His family planted and cultivated a seed of service in his heart and a spirit of global commitment to the call of helping others. Ernesto was selected to be part of the 2014 New American Leaders Project, and in 2015 he was one of the 10 Latino finalists selected from a set of hundreds of candidates from all around the United States, to be part of the 2015-2016 (CHCI) Congressional Hispanic Caucus Institute – Public Policy Fellowship in Washington, D.C. As a CHCI Fellow, he worked for one year in the areas social responsibility, sustainable public policy-making, community empowerment and ethical leadership. He was placed in the office of New Jersey Senator Cory Booker, he participated in volunteering projects in DC, Virginia, Maryland and he worked as a Planning Coordinator for the Greater Washington Hispanic Chamber of Commerce.

During my fellowship with CHCI, I saw my CHCI cohort and CHCI staff as family. I sought ways to foster and take care for the well-being of my colleagues. I was part of the planning committee that organized our fundraiser event where we were able to organize one of the most memorable fundraiser events among the Cohorts, where we gather former CHCI alumni, and all those individuals that were part of our journey during our fellowship. I was there trying to motivate our fellow and graduate fellows to work together and find ways to collaborate each other, when arguments arose and when we were trying to get through a city that was not very welcome to Hispanics. I will be grateful to take this experience and unite with former CHCI members in the NY, northern New Jersey area to continue fostering our hermandad.