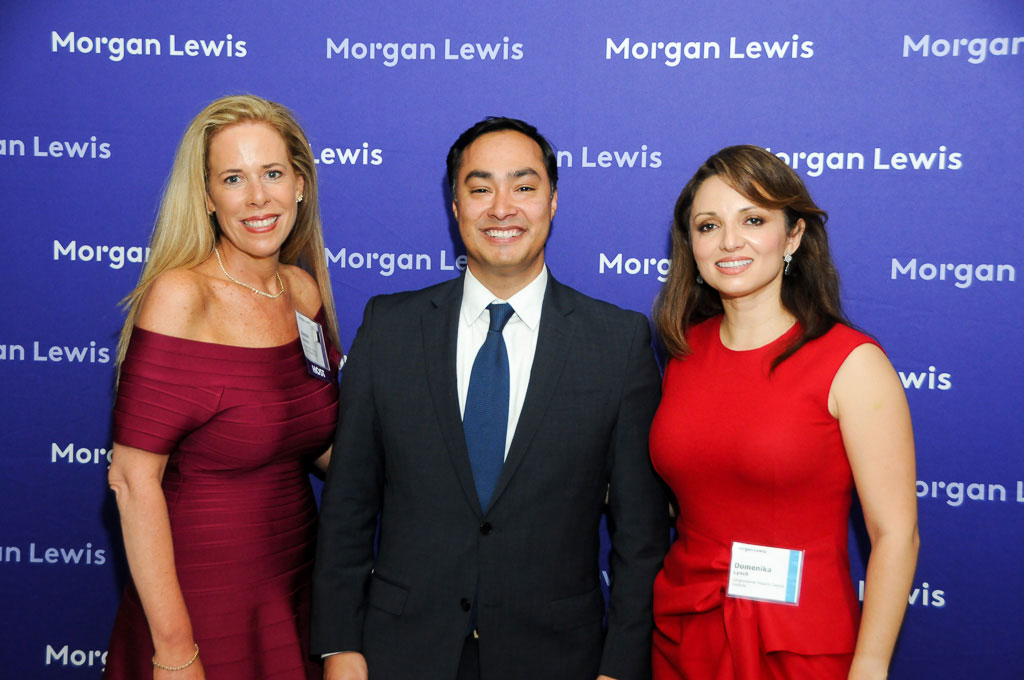 With the spectacular Magic City as a backdrop, attendees enjoyed networking with Morgan Lewis partners and colleagues, distinguished guests, elected officials, CHCI Alumni, and members of CHCI’s Board of Directors and Advisory Council.

Morgan Lewis hosted the event to celebrate four decades of their tireless work. They graciously took the opportunity to underscored the significance of the work CHCI is doing to develop the next generation of Latino Leaders by serving as the platform to launch the 40 for 40 Campaign – a campaign to pay tribute to the dedication both organizations have had to the Latino community over the last 40 years.

“The Ready2Lead Next Gen Program allowed me to witness first hand a system of government that I admired, but often felt alienated from […] CHCI inspired me to develop my leadership and my commitment to service by engaging my community and believing in the power of my story, which is also our (nation’s) story”, said Deborah González, who addressed the attentive crowd.

González is a CHCI 2012 Ready2Lead Next Gen Alumni and is currently studying at Harvard University.

“We are deeply grateful to Morgan Lewis for underwriting students from the area to participate in our leadership programs.  We are especially thankful to Anne Marie Estevez for her tireless service on our board and her passion for the young leaders we serve”, said Domenika Lynch CHCI President and CEO.

“We thank Morgan Lewis for sharing their 40th anniversary celebration with CHCI and the opportunity to uplift our mission to the South Florida community. I am looking forward to continuing to forge a critical pathway in developing the next generation of Latino leaders and creating a transformative and lasting impact on Latino youth and our nation”, said Chairman Castro.

Anne Marie Estevez stated that “a commitment to diversity and inclusion is a core value at Morgan Lewis and integral to how both we and CHCI do business.  Morgan Lewis applauds and supports the work of CHCI in developing and connecting the next generation of Latino leaders.  We were honored to celebrate together our 40th anniversary milestones in Miami, perhaps the most vibrant and diverse community in the country”.

Among the 200 guests who attended were 20 local alumni, many of whom travelled to Miami to participate. The event not only served to share the CHCI mission with the local community but also to re-ignite the interest and commitment of Miami-area CHCI alumni. A group of alumni, led by Laura Muñoz and Luis Sergio Hernandez, will restart the Miami chapter of the CHCI Alumni Association in Spring 2018.

For more CHCI news, updates and events, sign up for quarterly newsletters below.