CHCI is proud to announce that it will present its 2016 CHCI Medallion of Excellence Awards to Cheech Marin and Anna Maria Chávez at the 39th Annual Awards Gala on Thursday, September 15, for their exemplary service, excellence, and commitment to the Latino community. 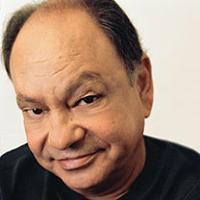 A third‐generation Mexican American, Cheech has received numerous awards for his work on behalf of Latinos, including the 2000 Creative Achievement Award from the Imagen Foundation and the 1999 ALMA Community Service Award from the National Council of La Raza and Kraft Foods. In 2007, he received an honorary Doctorate of Fine Arts for his contributions to the creative arts from Otis College of Art & Design in Los Angeles, and received the inaugural Legacy Award for Arts Advocacy from the Smithsonian Latino Center. He serves on the boards of the Smithsonian Latino Center and the Hispanic Scholarship Fund.

For being an outstanding role model in the Latino community, Cheech Marin is awarded the 2016 CHCI Medallion of Excellence in the Arts, Entertainment, Music or Sports. 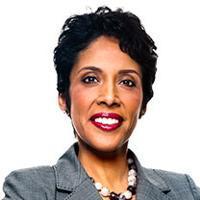 Anna Maria Chávez began her career journey in the very same movement she now leads: Girl Scouts. A lifetime member of Girl Scouts of the USA (GSUSA) and an award-winning community leader, Anna developed the leadership skills growing up as a Girl Scout in Eloy, Arizona, that would propel her to the office of the chief executive of GSUSA.

For her significant work as a role model in the Latino community and the nation, Anna Maria Chavez is awarded the 2016 CHCI American Dream Medallion of Excellence in Education, Science, Medicine or Civil Rights.