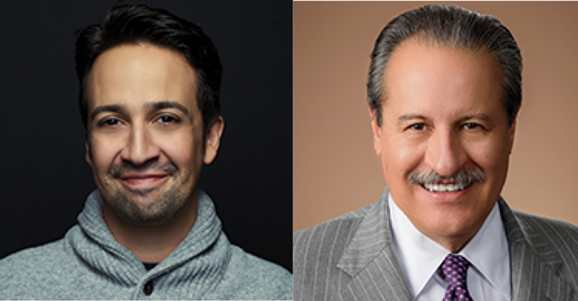 The Congressional Hispanic Caucus Institute (CHCI) and its Chair Congressman Joaquín Castro announced that Lin-Manuel Miranda and Cástulo de la Rocha will each receive a CHCI Medallion of Excellence award at the upcoming CHCI 40th Anniversary Awards Gala in the nation’s capital on Wednesday, September 13.

CHCI’s highest honor, the Medallion of Excellence, is bestowed upon individuals who are positive Hispanic American role models and exemplify unparalleled accomplishments, civic leadership, and service to the greater American society.

“Lin-Manuel has inspired many Americans through his work and advocacy, and he has challenged us to embrace our common humanity along the way,” said Congressman Joaquín Castro, Chairman, CHCI. He continued, “Cástulo has spent a lifetime dedicated to providing high-quality, affordable and accessible healthcare to underserved communities.”

“Lin-Manuel Miranda and Cástulo de la Rocha have both made powerful contributions to our nation and changed countless lives. We are honored to recognize them, especially as we celebrate CHCI’s 40th anniversary,” said Castro. 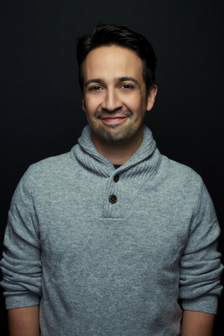 Lin-Manuel Miranda
Lin-Manuel Miranda—award-winning composer, lyricist, and performer—has changed our collective culture through his numerous artistic works that span several genres. His latest endeavor, acclaimed Broadway musical Hamilton, has sparked renewed attention in one of America’s founding fathers and has expertly blended historical facts with a modern, musical delivery. Hamilton was awarded the 2016 Pulitzer Prize in Drama and earned a record-breaking 16 Tony nominations. It won 11 Tony Awards, including two personally for Lin-Manuel. Some of Lin-Manuel’s other projects include writing In the Heights, his first Tony Award-winning Broadway musical, co-founding the hip-hop improvisational group Freestyle Love Supreme, and recording a charity single with Jennifer Lopez entitled, “Love Make the World Go Round,” as a tribute to the victims of the 2016 Orlando nightclub shooting. Proceeds from the single support Proyecto Somos Orlando from the Hispanic Federation, which provides culturally competent and bilingual mental health services to victims of the shooting. Lin-Manuel and his family support many non-profits throughout the United States.

“I am honored to receive the Medallion of Excellence from CHCI,” remarked Lin-Manuel Miranda. “Their commitment to developing the next generation of Latino leaders in public service, private enterprise, and social awareness inspires me. I believe their mission is crucial to the success of the Latino community and our country.” 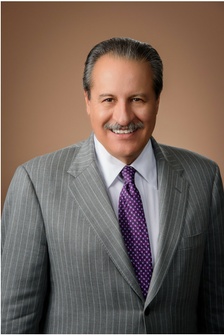 Cástulo de la Rocha—President and CEO of AltaMed Health Services Corporation—has been a transformative community health leader for 40 years. Under his leadership, he has grown AltaMed from a storefront barrio clinic in East Los Angeles with three employees to a fully accredited Federally Qualified Health Center (FQHC) with nearly 2,700 employees. Today, AltaMed is the largest FQHC in the nation, delivering nearly one million patient visits annually through more than 40 sites in Los Angeles and Orange counties. Cástulo’s pioneering efforts have earned him national recognition, including the U.S. Surgeon General’s Gold Medallion for Public Health and the Impact Award from the UCLA Center for Health Policy Research. Cástulo also serves on several boards including the California Association of Physician Groups (CAPG).

“I’m honored to be recognized by CHCI for the work AltaMed does to improve the well-being of our Latino communities in Southern California,” noted Cástulo de la Rocha. “Regardless of immigration status, every person in our nation deserves access to the quality health care they need to live long and prosperous lives. AltaMed has been committed to the needs of underserved communities for more than four decades and continues to expand its services for our growing and changing community.”

CHCI’s Annual Gala is its signature celebration of Hispanic Heritage Month that attracts a prestigious gathering of Latino community advocates, including Members of Congress and other elected officials, corporate executives, public sector and nonprofit leaders, educators, celebrities, and media. The 2017 Awards Gala is the 40th anniversary of the inaugural fundraising dinner organized by five Hispanic Members of Congress to benefit Hispanic youth. It now boasts more than 2,000 attendees who come together to celebrate the cultural richness and diversity of the Hispanic community and support educational attainment and leadership development of Latino youth. This year’s event will be held at the Washington Marriott Marquis and will feature guests and entertainment that will be announced throughout the summer.

Join us on September 13 to honor Lin-Manuel Miranda and Cástulo de la Rocha at the largest celebration of the Latino community. Purchase your gala table today by contacting Stefania Yanachkov at 202-548-8790 or syanachkov@chci.org.