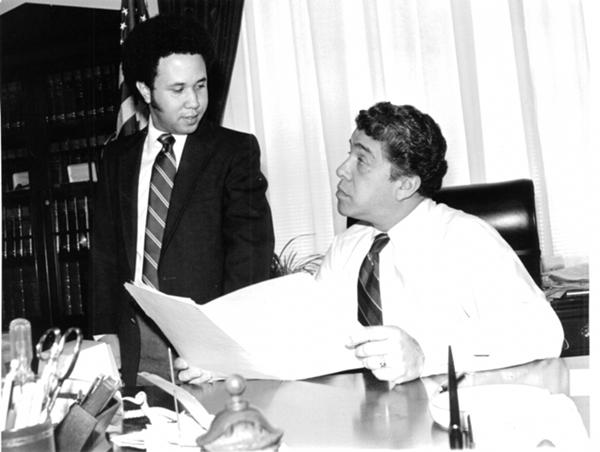 It is with a heavy heart that the Congressional Hispanic Caucus Institute (CHCI) says farewell to former New York Congressman and CHCI co-founder, Congressman Robert Garcia.

“I am deeply saddened to learn of the death of Congressman Bob Garcia, and I extend my condolences to his loved ones,” said CHCI Chair Rep. Joaquin Castro. “Throughout his career as a public servant, Bob fought for issues important to the Latino community, including education, access to housing, economic opportunity, and greater representation at the local and federal level.”

“Bob Garcia helped start the CHC and CHCI, and strengthened Latino influence in Congress. There are few public servants who have contributed as much to the empowerment of the Latino community. As CHCI Chair, I will continue the good work that Congressman Bob Garcia pioneered.”

“As a founding member of the CHC, he helped the Caucus gain national recognition and clout within the halls of power,” said CHCI President and CEO Domenika Lynch. “Since the early days of the CHCI, he was committed to developing young Latinos to be the next generation of American leaders. Congressman Robert Garcia will always be remembered and celebrated for his contributions to the Latino community and for all Americans.”

Rep. Garcia demonstrated a deep and steadfast commitment to the development of the next generation of Latino leaders. His wisdom and leadership will be missed.