CHCI and its Alumni Association (CHCI-AA) are proud to announce CHCI Alumnus Arnoldo Avalos (1989 Congressional Intern) as the recipient of the 2016 Medallion of Excellence for Distinguished Alumnus, during this year’s Hispanic Heritage Month events in Washington, D.C. This prestigious annual award recognizes a CHCI alumnus who has made an outstanding contribution to the Latino community, highlighting the impact of CHCI’s programs and the prominence of its alumni. 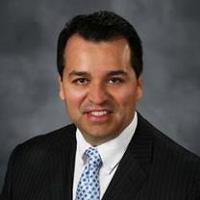 Arnoldo Avalos manifests the American dream, coming from humble beginnings to achieve financial and social upward mobility. Arnoldo immigrated at the age of five to the town of Gridley, California, in the Upper Sacramento Valley, from a small agricultural town in Jalisco, Mexico.

After graduating from Gridley High School at the age of 19, Arnoldo traveled to Washington, D.C., to be part of the CHCI Congressional Internship Program, working for the U.S. House Committee on Agriculture. His internship taught him about the political process; how policy is made, how laws are passed, how hearings are conducted, and how constituents are represented. It allowed him to experience first-hand government at work.

The CHCI experience influenced him to go into politics and study government. After the program, he attended the University of California, Berkeley, where he graduated with honors with a B.A. in history. Subsequently, Arnoldo received an M.P.P from Harvard University’s John F. Kennedy School of Government.

Arnoldo has worked for many successful and internationally reputable companies: Cisco Systems, Google, and Facebook, mostly in human resources. He spends his time being a social capitalist ─ investing in people ─ and currently sits on various non-profit community boards, including the Latino Community Foundation, Hermanos Unidos, Children Now and the Hispanic Scholarship Fund. Learn more about Arnoldo Avalos.