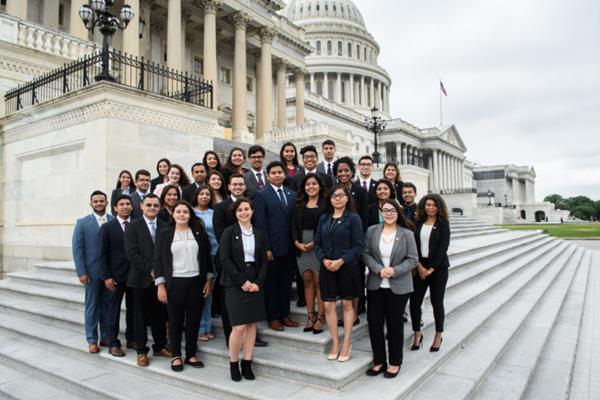 Through the CIP, CHCI exposes talented young Latinos to the inner-workings of Congress, while preparing them to become part of the workforce pipeline, and staff positions at the highest levels of government. The CIP prepares young Latinos to be role models for their communities and take the initiative of becoming the future leaders of America.

The interns participate in weekly CHCI leadership and professional development sessions and meet with corporate representatives, national elected officials, and foreign dignitaries. They also engage in a community service project during their stay in Washington, D.C., underscoring the importance of giving back and sharing their valuable knowledge forward to their community. The interns are provided with housing, roundtrip transportation and a stipend.