Take advantage of the networking opportunities available at the nation’s premier Hispanic Heritage Month events in Washington, D.C. on September 13-15, 2016.

CHCI Alumni Association Reception in Honor of Chiefs of Staff 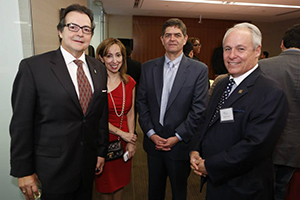 CHCI and CHCI Alumni Association, in partnership with the Congressional Hispanic Staff Association (CHSA), are hosting a special reception honoring congressional chiefs of staff who have demonstrated their commitment to promoting diversity on Capitol Hill. Separate registration required for this event. Please click here to RSVP.

Don’t miss your chance to expand your network during CHCI’s 2016 Arts & Culture Reception. This annual event closes the first day of the CHCI Public Policy Conference and gathers federal and local elected officials, corporate and nonprofit leaders, and

supporters to celebrate Latino diversity and the accomplishments that make our community great. 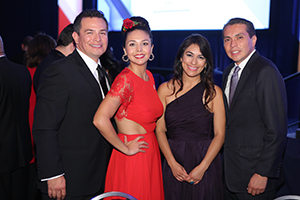 Events. It is the largest and most prestigious gathering of Hispanic nonpartisan, public and private sector leaders in the nation who convene to network while celebrating the achievements of the Latino community. The evening’s festivities include musical entertainment, remarks by figures of national prominence, and recognition of CHCI’s highest honors—the CHCI Medallion of Excellence awardees.

Black History Month for Black Latinos: Seeing Ourselves by Marco A. Davis

As a child growing up in New York, Black History Month was a time that…