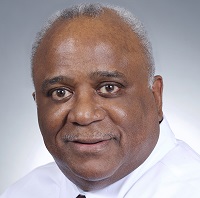 Gary A. Puckrein, PhD, is President and Chief Executive Officer of the National Minority Quality Forum (formerly the National Minority Health Month Foundation), a not-for-profit organization that he founded in 1998. The Forum addresses the critical need for strengthening national and local efforts to use evidence-based, data-driven initiatives to guide programs to eliminate the disproportionate burden of premature death and preventable illness for racial and ethnic minorities and other special populations. The goal of the Forum is to strengthen the capacity of local communities to eliminate the disproportionate burden of premature death and preventable illness in minority populations through prevention, early detection, and control of disease complications.Dr. Puckrein also serves as the Executive Director of the Alliance of Minority Medical Associations (a collaborative effort of the Asian and Pacific Physicians’ Association, the Association of American Indian Physicians, the Interamerican College of Physicians and Surgeons, and the National Medical Association), which was formed on the basis of evidence-based data that highlight significant disparities in health-care treatment plans and outcomes among many underserved populations within the United States. In April 2001, the National Minority Health Month Foundation launched National Minority Health Month in response to Healthy People 2010, the national health-promotion and disease-prevention initiative.

The National Minority Quality Forum has received support from a wide variety of organizations, including federal agencies, pharmaceutical companies, payers, and trade associations. With support from the U.S. Department of Health and Human Services and the Robert Wood Johnson Foundation, the Forum undertook the Zip Code Analysis Project, developing a comprehensive database that links vital statistics and other elements—including demographic, environmental, claims, prescription, laboratory, hospital, and clinic data—in a centralized data warehouse, organized around zip codes. The Zip Code Analysis Project has enabled the Forum to develop the Health Assessment Tool, which measures and forecasts health status in small geographic areas, evaluates the impact of specific interventions, monitors changes in health outcomes, and undertakes risk assessments (health-care utilization and its financial implications). The Forum uses the Health Assessment Tool to stratify communities by geographic and health-status referents and to provide the health-disparities movement with a common set of indicators to measure and report on progress toward the elimination of disparities in health care and health status.

Dr. Puckrein was graduated Phi Beta Kappa from Brown University, where he received his master’s degree (1974) and doctorate (1978). Between 1974 and 1992, he taught and lectured at Roger Williams College, Brown University, Connecticut College, and Rutgers University, where he was a tenured member of the faculty. Dr. Puckrein has received many awards and honors, including being named a visiting scholar and fellow at the Smithsonian’s National Museum of American History and a visiting fellow at Princeton University. He was publisher ofAmerican Visions, the country’s leading African American art and cultural magazine, which he launched during his tenure at the Smithsonian Institution and Rutgers University. Dr. Puckrein also created and launched Minority Health Today, which served the needs of clinicians practicing in minority communities.