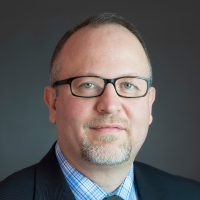 Enrique A. Chaurand is the Sr. Vice President of External Affairs and Communications for the Congressional Hispanic Caucus Institute (CHCI).  Enrique is a communications and public affairs professional with 20 years of experience in the public and private sectors.  Enrique is charged with leading all communications, strategic partnership, and alumni efforts on behalf of CHCI, as well as overseeing all government relations activities.  Before joining CHCI, he was the Deputy Vice President of Communications and Marketing for UnidosUS (formerly NCLR), where he helped lead the organization’s strategic and media relations work, along with executing and planning the UnidosUS Annual Conference.  His prior experiences include serving in both the Clinton and Obama Administrations, most recently as the Senior Director of Speechwriting and Editorial for former U.S. Secretary of Labor Hilda Solis.  Enrique began his career as a print journalist, working at the Mesa Tribune and his hometown newspaper the Kansas City Star, where he covered local city issues.  He is a graduate of the Walter Cronkite School of Journalism and Mass Communication at Arizona State University.

Congresswoman Donna E. Shalala has spent her entire life fighting to improve the lives of…