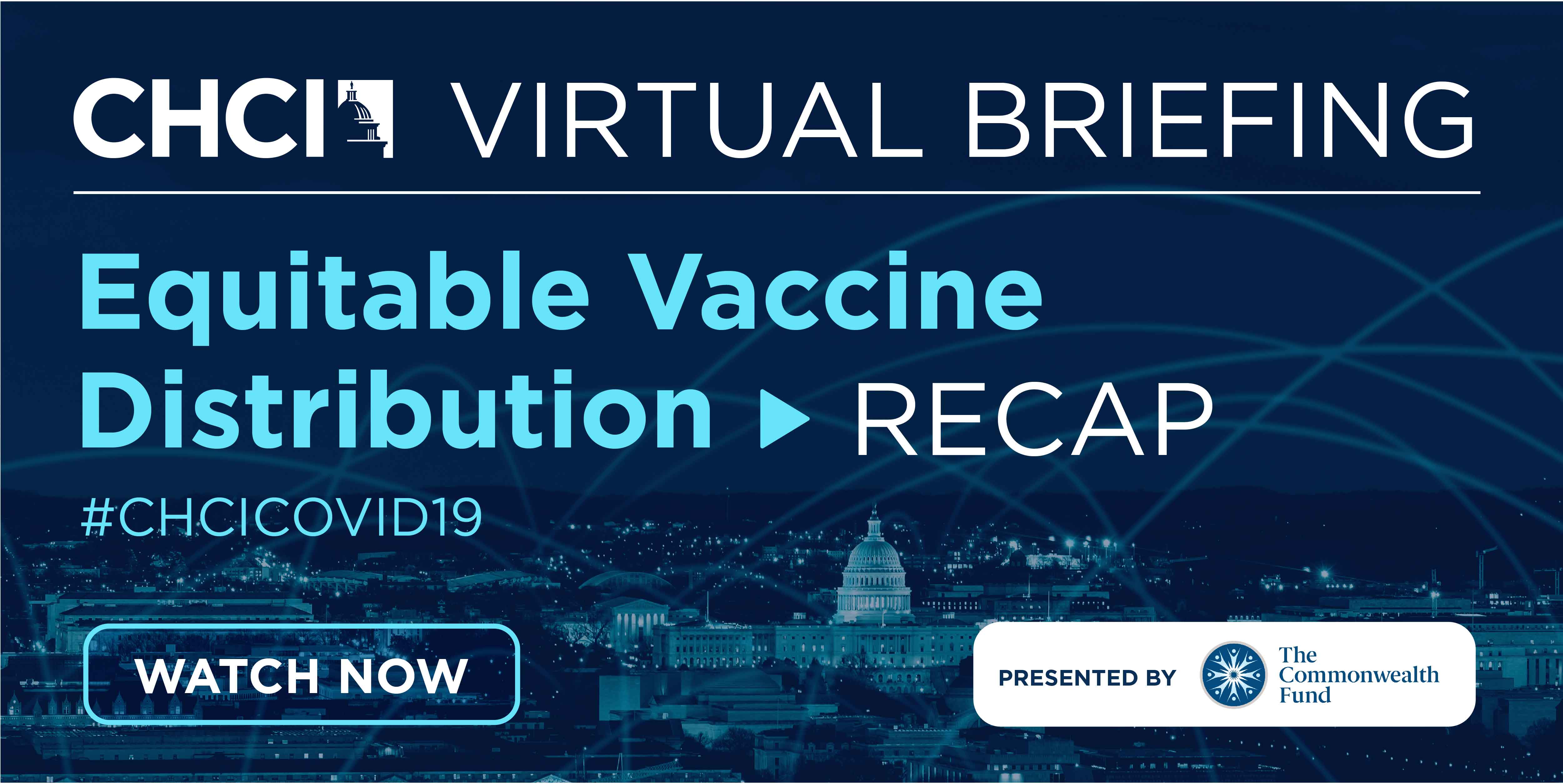 As of January 2021, Latinos accounted for over 30% of the nation’s COVID-19 cases despite making up only 18.6% of the current population. As a result, this discussion addressed equitable vaccine distribution, vaccine hesitancy within Latino communities, and the long-term implications of the COVID-19 pandemic

The webinar recording is available here.

We encourage you to stay engaged in the conversation about equitable vaccine distribution. You can access COVID-19 vaccine resources and information by visiting our website here.

Cristina Londoño is an award-winning journalist with more than 25 years of experience covering the U.S. Latino community. Londoño has been in the frontlines of the most historical events that have taken place in recent history. Prior to her current position as senior correspondent for Noticias Telemundo’s Washington, D.C. bureau, she served as the network’s correspondent in California (2008-2019) and Miami (2000-2008). Before joining Telemundo, she was an editorial director and producer for CBS Telenoticias, and a producer and writer at Noticias Univisión.

U.S. Representative Jesús G. “Chuy” García proudly represents the Fourth Congressional District of Illinois. He was sworn into office on January 3, 2019, during the 116th Congress. Throughout his career, Congressman García has been a progressive voice fighting to improve the lives of his working-class neighbors, many of whom are immigrants like him. He is a coalition builder committed to empowering youth and expanding access to quality education, affordable housing, and economic opportunity. He currently serves as a member of the influential Financial Services Committee, is the Vice Chair of the Natural Resources Committee, and a member of the Transportation and Infrastructure Committee. He is a member of the Congressional Hispanic Caucus (CHC), Congressional Progressive Caucus (CPC), the Congressional Equality Caucus, Congressional Pro-Choice Caucus, and New Americans Caucus. He is also the founder of the Future of Transportation Caucus. Congressman García was born in Los Pinos, a small village in the Mexican state of Durango. He is the youngest of four children raised by his mother while his father worked in the United States, first under the WWII-era bracero program and later at a cold-storage plant in Chicago. In 1965, Congressman García and his family immigrated to the United States with permanent resident status. He still remembers his first American meal: a bologna sandwich from a roadside diner in Texas. Prior to his election to Congress in November of 2018, Congressman García was a member of the Cook County Board of Commissioners. As Commissioner, he opposed housing discrimination against disadvantaged communities, raised the minimum wage, and mandated that County employees have access to paid sick leave. He also passed an ordinance ending Cook County’s cooperation with the Immigration and Customs Enforcement Agency (ICE). The measure was the first of its kind in the nation and set an example followed by more than 250 localities. Congressman García began organizing for workers’ rights and more inclusive city services during his college years at University of Illinois in Chicago (UIC). He first entered political life in 1984, when he was elected Committeeman of the Cook County Democratic Party. He quickly earned recognition as a coalition builder between Chicago’s Latino and African American communities. Soon afterward, Congressman García was elected to represent Chicago’s 22nd Ward on the City Council. During his time as Alderman, Congressman García prevented non-attorney immigration practitioners from levying unreasonable fees. In 1986, he became the Chairman for the Council’s Committee on Aviation, where he helped implement the Automated Guideway Transit (ATG) at O’Hare International Airport. Mr. García also served as State Senator of Illinois’ 1st District. In 1993, he passed the Language Assistance Services Act, which requires hospitals and long-term care facilities to provide resources for effective communication with limited-English-speaking and deaf patients. In 2015, Congressman García became the first Chicago mayoral candidate to push a sitting mayor into a run-off. Congressman García still lives in the Little Village neighborhood of Chicago with his beloved wife Evelyn and has three adult children.

Lori Trahan was born and raised in a working-class family in Lowell, Massachusetts. Her father was a union ironworker and her mother, a domestic worker, who juggled various part time jobs while raising four girls. The first in her family to graduate from college, Lori earned a scholarship to play Division 1 volleyball at Georgetown University. She joined the staff of former Congressman Marty Meehan as a scheduler, eventually working her way up to Chief of Staff. Following her public service, Lori began working in the private sector as the only female executive at a tech company before moving on to cofound a woman owned and operated consulting firm, Concire, where she advised various companies on business strategy, and how to create the ideal conditions for employees – especially women – to thrive. She and her husband, Dave, currently reside in Westford, MA and are raising two young girls, Grace and Caroline, while keeping tabs on their three grown stepsons, Thomas, Dean, and Christian.

Matt A. Barreto is President and co-founder of LD Insights, and formerly was the co-founder of the research firm Latino Decisions.  Matt holds a Ph.D. in Political Science and is also Professor of Political Science and Chicana/o & Central American Studies at UCLA, where he also directs the research center, Latino Policy & Politics Initiative (LPPI) and the UCLA Voting Rights Project (VRP).

In 2020 Barreto was hired by the Joe Biden presidential campaign to direct polling and focus group research for Latino voters, and his research was credited with informing critical Latino mobilization efforts in states such as Arizona, Pennsylvania and Nevada, among others.  In 2020 Barreto pushed the Biden campaign to conduct large-sample  Latino-specific statewide polling in 9 states, the most comprehensive research effort in a presidential campaign.

Time Magazine called Barreto’s work the “gold-standard in Latino American polling.”  Barreto’s research was recognized in the 30 Latinos key to the 2012 election by Politic365, listed in the Top 100 Global Thinkers of 2012 by the European Politics Magazine LSDP, and was named one of the top 15 leading Latino pundits by Huffington Post which said Barreto was “the pollster that has his finger on the pulse of the Latino electorate.”

In 2018 Barreto was one of the earliest consulting firms hired by the DCCC as part of their year-of-engagement plan which conducted extensive research and messaging strategy to understand the best ways to communicate and engage with Latino voters across dozens of competitive battleground districts. In a 2018 post-election article, the New York Times wrote that Barreto “conducted nationwide focus groups to better identify the needs of Latino voters and to tailor a proper message.” And NBC News added “For the election, several Democratic political fundraising committees commissioned the polling firm Latino Decisions to conduct polling and focus groups and try out some messaging of Latinos. According to DCCC chair Congressman Ben Ray Lujan, “Latinos showed up to the polls because we talked to them, we listened to them, our candidates connected with their personal stories, we knocked on their doors we reached out online.”

Barreto also directed research for groups such as Priorities USA, House Majority PAC, and CHC BOLD PAC in 2018 to understand Latinos views in the midterm, challenges and opportunities to mobilizing the Latino vote and message testing. In prior cycles, Barreto conducted polling and focus groups for the 2016 Hillary Clinton presidential campaign. That same year, he also directed Latino outreach research for the U.S. Senate campaigns of Catherine Cortez-Masto (NV) and Michael Bennet (CO).

In 2010 Barreto implemented the first ever weekly tracking poll of Latino voters during the 2010 election, which continued every election year through 2020. Working closely with Gary Segura, he has also overseen large multi-state election eve polls, battleground tracking polls, extensive message testing research and countless focus groups. He has been invited to brief the U.S. Senate, the White House, Congressional Committees, and has been a keynote speaker at many of the major Hispanic association conferences including NALEO, LULAC, CHCI, NCLR and others.

Maria Gomez is the founder, president, and CEO of Mary’s Center, a community health center providing healthcare, social services, and education in the District of Columbia (DC) metropolitan region since 1988.

Under Maria’s leadership, Mary’s Center has grown from serving 200 participants in a small basement with an initial budget of $250,000 to serving more than 60,000 participants across seven locations in DC and Maryland with an annual budget of $76 million.

Maria has received numerous local and national recognitions, including the 2012 Presidential Citizens Medal, the nation’s second-highest civilian honor; the Washington Post’s Excellence in Nonprofit Management Award and Large Employer Leadership Award; the DC Mayor’s Office Public Health Award; the DC Hispanic Bar Association Equal Justice Award; the Greater Washington Hispanic Chamber of Commerce Hispanic Business Hall of Fame Award; the Washington Business Journal’s Women Who Mean Business Award and Minority Business Leader Award; the Hispanic Heritage Award; and the Washingtonian of the Year Award. Maria is frequently recognized for her role in the region’s healthcare system and has become a recurrent health advisor for the DC Mayor’s office. She is currently a co-chair of the Human Services, Social Services, and Health Committee of the Mayor’s ReOpen DC Advisory Group for COVID-19, and she is a member of the Mayor’s Commission on Healthcare Systems Transformations.

Originally from Colombia in South America, Maria immigrated to the United States with her mother at age 13 and attended DC Public Schools. She obtained her Bachelor of Science in Nursing from Georgetown University and a Master of Public Health degree from the University of California at Berkeley.

Maria and Miachel Rexrode have been married for 26 years and have a daughter, Amalia.