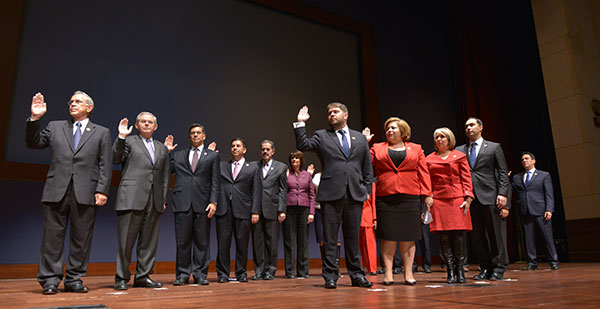 At the beginning of every Congress, the Congressional Hispanic Caucus Institute (CHCI) honors newly elected and re-elected Hispanic members of Congress with a swearing-in ceremony and reception. The incoming 115th Congress will feature 34 Hispanic members serving in the House and 4 in the Senate, including Catherine Cortez Masto of Nevada, who will become the first Latina to serve in the United States Senate.

The biannual swearing-in ceremony and reception brings together more than 300 supporters and guests in celebration and recognition of Latino leadership in Congress. The reception also serves as a networking and fundraising event, bringing together the Board and Advisory Council, partners, supporters, program participants and alumni.

The CHCI 2017 Swearing in Ceremony and Welcome Reception is made possible by the continued support of our Mission Partners: 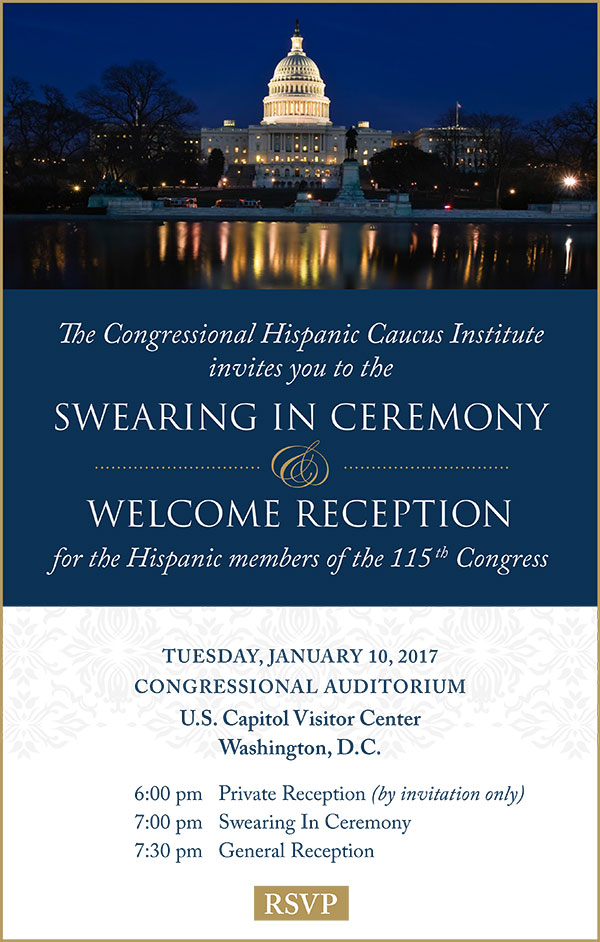 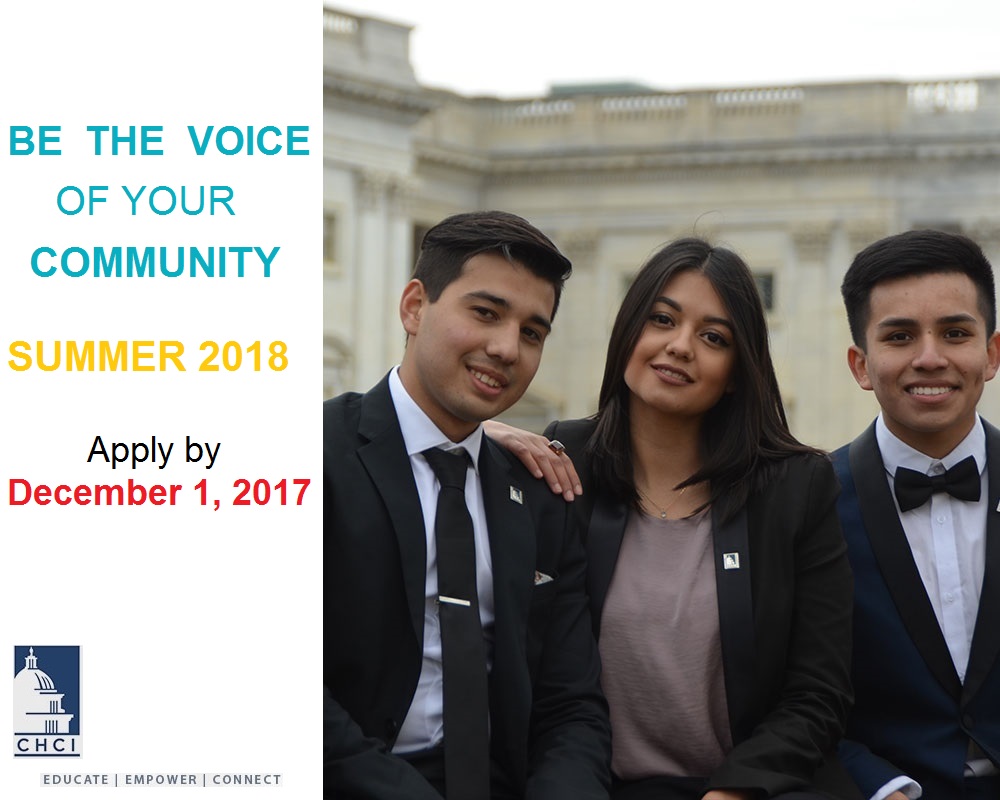 CHCI’s “Building Our Future, Together” 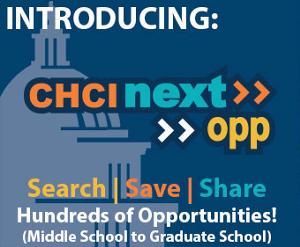