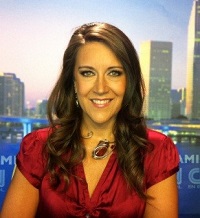 Maria Cardona is a Principal at the Dewey Square Group (DSG) and Founder of Latinovations, the Latino Strategies Practice of DSG.  A seasoned Democratic Strategist, and CNN/CNN en Español Political Contributor, Cardona is a public affairs and communications professional with over two decades of experience in public relations as well as political, governmental, campaign, community and coalition building arenas. Cardona also heads DSG’s Public Affairs Practice, combining public policy, communications, coalition building, constituency outreach, government relations, traditional and new media at this premier national public affairs firm. Maria is also known for her work as a political commentator, and is currently a CNN and CNN en Español political contributor, who appeared frequently on MSNBC, FOX, Univision and Telemundo as a public policy expert and providing political analysis on all manner of national issues, prior to signing on exclusively with CNN. She is regarded as one of the nation’s top 100 most influential Latinos.

Cardona joined DSG as a principal in 2005, helping DSG’s corporate, non-profit and trade association clients develop strategic partnerships at the national, state and local level, especially within the Latino community. One of the most well-known and respected Latina political operatives and activists in the country, Cardona leverages her expansive insight and long standing recognition in the Latino community to ensure DSG clients are well represented and that they understand the myriad of opportunities that exist for exposure among this growing and increasingly influential market. Since founding DSG’s Latinovations, she guides clients on “best practices” to building support for their positions, products and brands within the Hispanic community. While at DSG, Cardona served as a Senior Advisor to the Hillary Clinton for President Campaign, serving as a campaign surrogate and spokesperson and representing the campaign on major national TV, radio as well as Spanish language television news and political programs. Cardona also served on Senator Clinton’s formidable Hispanic Outreach team, helping to ensure that the candidate’s message reached Latinos throughout the country. Following the primary, Cardona then served as a key surrogate for the Obama for America general election campaign, appearing on several the major national news shows.

A former Senior Vice President for the New Democrat Network (NDN) and Director of NDN’s Hispanic Strategy Institute, Cardona led NDN’s $6 million initiative to communicate effectively with Hispanics across the country. At the time, the project was the largest ever effort to conduct dedicated research and polling, develop effective messages geared toward Latinos, and to promote Democratic values and identity in the Latino community through Spanish language and bilingual advertising. Prior to coming on board with the NDN, Cardona served as Communications Director for the Democratic National Committee from 2001 to 2003, where she helped coordinate the national Democratic message for the party officials, elected leaders, candidates and state democratic party committees. From 1998 to 2001, Ms. Cardona was the Director of Communications for the Department of Justice’s Immigration and Naturalization Service (INS), acting as the Clinton Administration’s top spokesperson on the complex issues surrounding immigration including the controversial case of Elian Gonzalez.

Ms. Cardona graduated from Duke University and serves on the Board of Directors of Center for Reproductive Rights, The United States Hispanic Chamber of Commerce, PODER PAC, the Friends of the National Museum of the American Latino and Hoops Sagrado,

Ms. Cardona is a native of Bogotá, Colombia and lives in Washington D.C. with her husband Bryan Weaver, their son Sebastian and their daughter Maya Luna.