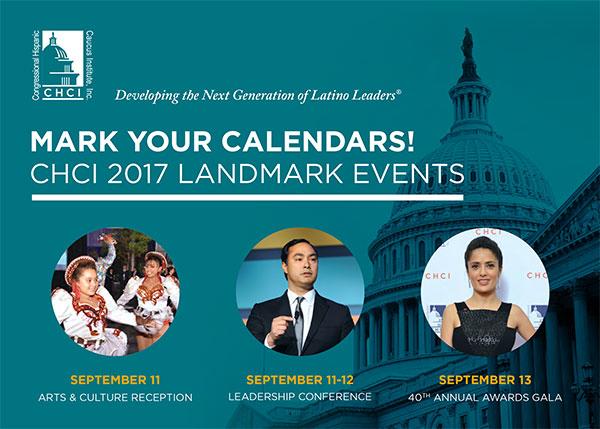 You’re invited to join thousands of influential leaders from the public, private and nonprofit sectors at the 2017 CHCI Leadership Conference in Washington, D.C.

The three-day Leadership Conference will convene innovators and change makers to address the critical issues Latinos, and all Americans, face in today’s political and economic environment.

CHCI will cap the week with the 40th Anniversary Awards Gala. As we mark four decades of empowering Latinos to lead in every sector of American life, we will celebrate Hispanic culture and heroes with live entertainment and the Medallion of Excellence Awards.

Join us September 11-13, 2017, in the nation’s capital to kick-off Hispanic Heritage Month with important discussion, networking and celebration.