CHCI’s annual Public Policy Conference assembles Latino leaders, federal and local elected officials, corporate and nonprofit leaders, and supporters to participate in timely discussions of major policy issues affecting the Latino community and the nation. Key issues include: education, STEM, economy and workforce, labor, health, immigration, and more. Check out some of the highlights from the weeks events.

CHCI kicked-off its 2015 Public Policy Conference with the Opening Plenary: Political Engagement and Voting – How Changing Demographics Are Impacting America. The session featured short, TED style presentations addressing what Latino growth and increased engagement will mean across a variety of key sectors and what we can expect to see in the coming years and decades as the Latino community works toward reaching its full potential. 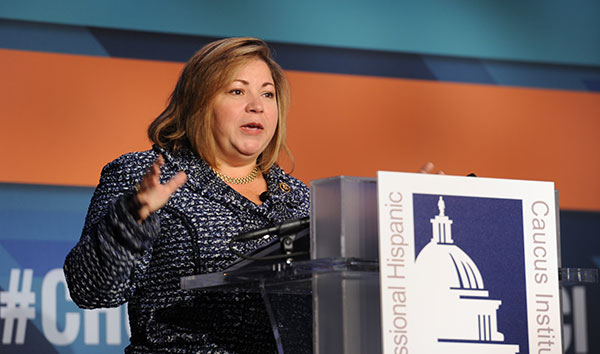 The CHCI 2015 Public Policy Conference continued with the Leadership Luncheon, which was kicked-off with a powerful keynote speech by U.S. Attorney General, Loretta Lynch. During the second half of the luncheon, Rep. Michelle Lujan Grisham moderated an inspiring discussion between the Hispanic Freshman class of the 114th Congress. Reps. Pete Aguilar, Rep. Ruben Gallego and Rep. Norma Torres shared some of their best stories and experiences during their first year on the Hill. 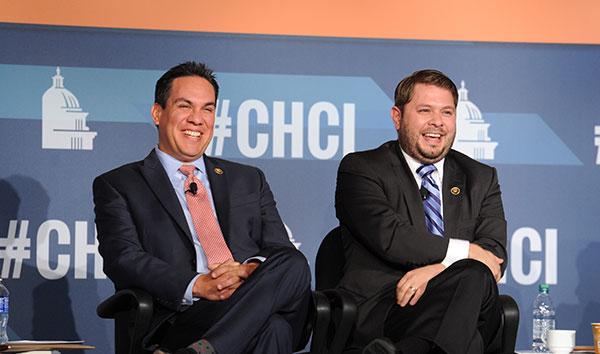 Day two of the CHCI Public Policy Conference stated out on a powerful note with the Immigration Plenary featuring Ted style discussions by Rep. Loretta Sanchez, Rep. Ben Ray Luján and Medallion of Excellence Awardee, Chef José Andrés on issues including: housing, innovation, and the food service industry, and immigration. For the second half of the plenary, guests had the opportunity to listen to a thoughtful discussion between Secretary of Homeland Security Jeh Johnson and Rep. Luis Gutierrez on the issue of immigration in the U.S. 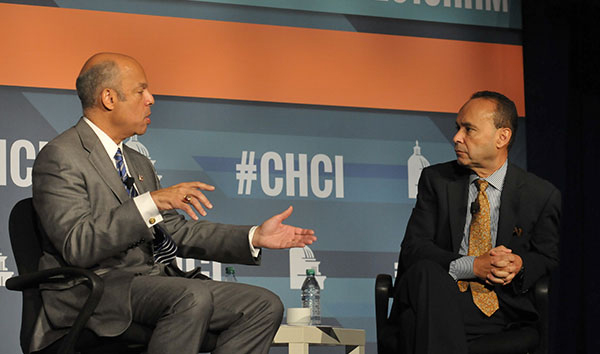 Working with the White House Initiative on Education Excellence for Hispanics, the CHCI Public Policy Education Luncheon discussed the issue of civil rights and equity in education, looking at where the Latino community is headed in the next 25 years. The session opened with an inspirational keynote address from U.S. Secretary of Education Arne Duncan. CHCI also presented its 2015 Distinguished Alumnus Award to Alejandra Ceja. 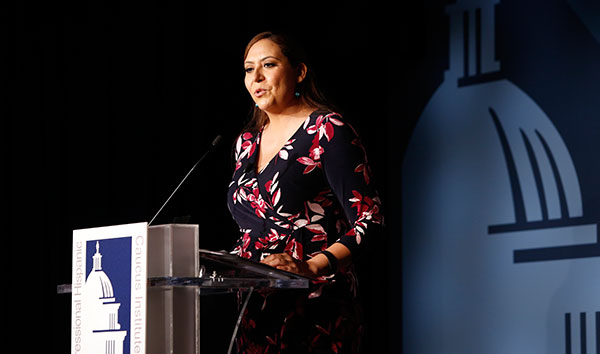 On October 7, CHCI closed the last day of its Public Policy Conference with the 2015 Presidential Candidates Session. Attendees had the opportunity to witness Hon. Martin O’Malley, Sen. Bernie Sanders and Hon. James S. Gilmore share their views on the top issues that are driving the presidential race. Click on the videos below to watch a recap of their speeches.