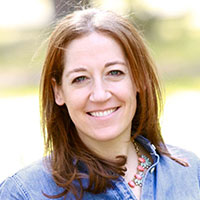 Amanda Anderson is the Head of Policy and Government Relations for the Americas at Square. Prior to that, she spent four years as Senior Manager for Federal Affairs with Uber. She previously served as Special Assistant to President Obama for Legislative Affairs, where she acted as a liaison between the White House and Members and Committees of the U.S. House of Representatives. She also served as Special Assistant to Chief of Staff Rahm Emanuel at the White House, as well as Director of Special Projects for the Democratic Caucus of the House of Representatives. Prior to that, she worked on political campaigns and at the Democratic Congressional Campaign Committee and Democratic National Committee. Amanda graduated from Duke University with a Bachelor of Science in Public Policy in 2004.