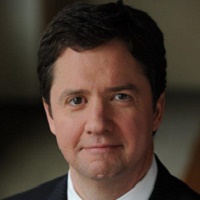 Bruce C. Harris is the Vice President of Federal Government Affairs for Walmart.

He is the head of the Washington, D.C. office for the Fortune #1 company, and is responsible for all aspects of the company’s advocacy strategy before the federal government. He leads a team that manages a broad array of complex policy issues, including tax policy, trade, sustainability, food and agriculture, financial services, healthcare, e-commerce and privacy issues.

Prior to joining Wal-Mart, Mr. Harris was the Chief Policy Advisor for Energy and Air Quality with the House Committee on Energy and Commerce in the U.S. House of Representatives. In that capacity he was the principle advisor to the chairman, subcommittee chairman, and Democratic members of the committee on issues before the Subcommittee on Energy and Air Quality including climate change, alternative energy, renewable fuels, electricity policy, oil and gas, pipeline safety, and nuclear power. He represented the committee and its members in negotiations with the U.S. Senate and various branches of the federal government including the Department of Energy, the Federal Energy Regulatory Commission, the Environmental Protection Agency, and the Department of Transportation.

He began his work with the committee in 2003 and worked on every energy bill passed by the U.S. Congress from 2003 through 2008 including the Energy Policy Act of 2005 and the Energy Independence and Security Act of 2007.

Mr. Harris began his career in 1992 on the staff of then-U.S. Representative Blanche Lambert Lincoln (D-AR), as a legislative assistant covering energy, agriculture, transportation, appropriations and special projects. In 1996 he was appointed Chief of Staff to U.S. Representative Marion Berry (D-AR) where he managed an 18 member staff with offices in Washington, D.C. and Arkansas.
Prior to joining the staff of the Committee on Energy and Commerce, Mr. Harris was a Senior Director of Corporate Communications for America Online, Inc. In that capacity he served as deputy head of business communications and developed strategic messages for the company’s commerce and content transactions, as well as cross-divisional marketing and advertising alliances between AOL and Time Warner.

Mr. Harris is a 1992 graduate of the University of Arkansas and holds degrees in English and Communication. He is a member of the Keystone Center Board of Trustees; the Advisory Board for the University of Texas Energy Institute; and the board of the Living Classrooms Foundation for the national capital region.