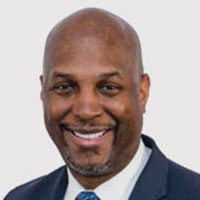 Cid Wilson was named President & Chief Executive Officer of the Hispanic Association on Corporate Responsibility (HACR) in July 2014. Wilson brings more than 20 years of corporate finance and Wall Street equity research experience. He manages a staff of talented and dedicated professionals and works closely with corporate board members, Hispanic organizations, and corporate partners around the country, to increase the representation of Hispanics at all levels in Corporate America. Additionally, Wilson directs programs and initiatives aimed at encouraging Fortune 500 companies to include Hispanics in the areas of employment, procurement, philanthropy, and governance.

As the public face of the organization, Wilson promotes HACR through speaking engagements, traditional media sources, and outreach to organizations and employee resource groups who share HACR’s mission. His ease in communicating within the C-level suite of major U.S. corporations presents a unique advantage in creating new partnerships, as well as strengthening relationships with existing corporate members.

Wilson has been featured and quoted in numerous publications and by news media, including The Wall Street Journal, USA Today, The New York Times, and Bloomberg TV. In February 2004, he was on the cover of Black Enterprise Magazine; in March 2017, he was featured in MONEY Magazine; and most recently, he shared the cover of LATINO Magazine with the Chairman and CEO of General Motors Company, Mary Barra.

In September 2009, President Barack Obama appointed Wilson to the National Museum of the American Latino Study Commission that proposed to the President and Congress construction of a new Smithsonian Museum on the National Mall in Washington, D.C. He was named board chair of the Friends of the National Museum of the American Latino in 2012 and continues to lead advocacy efforts aimed at sustaining Congressional support for the museum’s completion.

Graduating from The Ohio State University with a degree in economics, Wilson launched his career in 1993 and was steadily promoted from the mailroom to the executive suite, earning national recognition as the #1 Specialty Retail Analyst by Forbes in 2006. His leadership in the corporate sector also included previous service on the Ethnic Advisory Board for PepsiCo, Inc., and the Consumer Advisory Board for Verizon Communications.

A proud Dominican American, with Bergen County, NJ roots, his interest in serving the community has been exemplified through board membership with leading minority advocacy groups, including LatinoJustice PRLDEF (formerly the Puerto Rican Legal Defense & Education Fund), the National Council of La Raza (now Unidos US) and Dominicans on Wall Street. He is the former national president of the Dominican American National Roundtable (DANR), former vice chairman of the board of trustees for Bergen Community College, a former trustee ambassador to the New Jersey Council of County Colleges, a former member of the Association of Community College Trustees’ (ACCT) National Board of Directors, and a Gold Life Member of the NAACP.