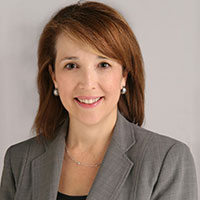 South Texas native Deanna Rodriguez has worked in a number of both corporate and state roles during her 18-year tenure with Entergy. In 2012, she was named vice president of regulatory and governmental affairs for Entergy Texas, Inc. a position in which she is charged with focusing on building and enhancing relationships with government officials throughout the state. She also coordinates Entergy Texas’ relationship with the Public Utility Commission of Texas. Although based in Austin, Rodriguez focuses time and effort across all portions of the company’s service territory.

Positions held outside of Entergy include associate vice chancellor of community relations for the University of Texas System and minority affairs liaison for the State Bar of Texas.