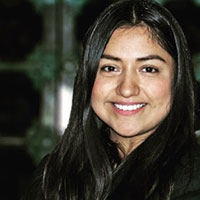 Ms. Sosa is a member of EDF Political Affairs team, where she focuses on environmental policy and developing strategic partnerships. As part of her work, she serves as the project manager for the EDF Diverse Partners initiative, which focuses on building and expanding a network of allies to support climate-related advocacy efforts. Ms. Sosa is passionate about building partnerships between the government and NGOs to advance legislation to address climate change. Prior to joining EDF, Ms. Sosa worked for the De Blasio administration, where she helped launch the nation’s largest municipal ID program, IDNYC.  IDNYC is the largest and most successful municipal ID program in the country with over 1.3 million cardholders. Ms. Sosa also worked for the YWCA Brooklyn where she spearheaded legislation in New York State to end the school to prison pipeline. Ms. Sosa holds a Master of Environmental Management from the Yale School of Forestry and Environmental Studies, and a Bachelor of Arts in Economics and Environmental Science from Bowdoin College. Originally from New York City, Ms. Sosa now lives in Washington, DC.