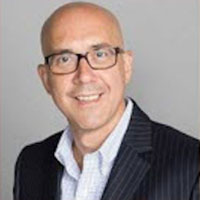 Mr. Valdes is a Vice President in the Office of Governmental Affairs. He is primarily responsible for monitoring and evaluating state legislative and regulatory proposals covering all life insurance, tax and market conduct issues in all 50 states. He has led NYL’s Issues Management Process, a management tool used to establish the company’s position and lobbying strategy on a wide range of legislative and regulatory issues. Externally, he has chaired both the Florida and Texas Life Insurance State Trade Associations and currently chairs several industry-wide substantive committees and task forces.

Prior to joining New York Life, Mr. Valdes was the Director of the Human Services Division for the New York City Council, the local legislative branch of government. In that role, he managed a staff of over 25 attorneys and policy analysts and acted as one of the Speaker’s key advisors. He was primarily responsible for reviewing all legislation, legal documentation and oversight prepared by the Division’s multiple legislative committees.

Mr. Valdes started his career with a private law firm, as a Litigation and Corporate Associate representing major Lain American banks and companies in the U.S. and abroad. In that role, he spent several years arguing a wide range of cases and motions in the Federal Court system.

Mr. Valdes has been a Board Member for the Congressional Hispanic Caucus Institute (CHCI) since 2015 and has previously served as Treasurer and Finance Committee Chair. He has also previously co-chaired New York Life’s Latino Employee Resource Group. His interest in combining business, community and humanitarian values is reflected in his continued involvement with several leadership initiatives within the Latino community, which serve as a vehicle for young students to develop personally and professionally.
Mr. Valdes earned his B.S. in Accounting from Fordham University and J.D. from Columbia Law School. He and his wife, Angela, live in New Hyde Park and they have four children.