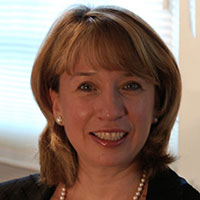 Ms. Wendy Thompson-Marquez is the President and co-founder of the Onyx Media Group, a film production company and President Emeritus of EVS Communications, a social marketing company which focuses primarily on the Latino community. In 2013, she released her first film, HARVEST OF EMPIRE, which opened to great reviews in major newspapers such as The New York Times, Los Angeles Times and The Washington Post and was the winner of the prestigious International Documentary Association award, Golden Eagle Cine Awards and the IMAGEN Awards. She is currently working on her second documentary, Music Got Me Here, which illustrates the power of music to transform, inspire and enrich lives — and the tremendous impact of music therapy. Prior to founding the Onyx Media Group, she was the Vice President and General Manager of ZGS Broadcast Holdings, a broadcasting company where she supervised the daily operations and advertising sales of eleven Telemundo network affiliates. Ms. Thompson-Marquez has been featured in several newspapers such the Washington Post and the Washington Business Journal. In 2013, in recognition for her work in the Latino community, she was awarded the Bridge Builder Award by the Virginia Hispanic Chamber of Commerce. She is currently on the board of the Congressional Hispanic Caucus Institute, 100 Women Strong and the George Mason University Board of Visitors.