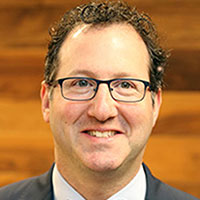 Jason Oxman brings more than 20 years of experience as a globally recognized leader in technology advocacy. Before joining ITI, Oxman served as CEO of ETA, the international trade association of the payments technology industry, for seven years. In that role, Oxman led ETA and its 500 global financial and technology member companies through unprecedented industry transformations and served as the voice of the industry before policymakers around the world.

Previously, Oxman was Senior Vice President of Industry Affairs at the Consumer Technology Association, which he joined in 2006, leading multiple departments. Previously, he served as general counsel of an ICT industry trade association and as vice president of a Silicon Valley-based technology company. He also worked at the Federal Communications Commission to develop and implement technology policy for broadband and related communications services. Oxman began his legal career as a law clerk for the Maine Supreme Court, and he is also a former broadcast journalist. He received his B.A. cum laude from Amherst College, and his M.S. and J.D. from Boston University. Oxman lives in Virginia with his wife Annemarie and their two sons.