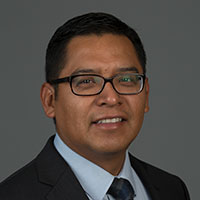 Mr. Martínez currently serves as a Director of Government Affairs at DaVita Inc, a healthcare company focused in providing dialysis care to patients in need. Prior to joining DaVita, Mr. Martínez served as a Deputy Director for Member Services and Outreach Adviser in the Office of House Democratic Whip Steny Hoyer while also serving as a mentor in the Congressional Hispanic Staff Association. Fluent in Spanish and Italian, Martínez is a proud Army veteran who served as a member of the Army Reserves while attending college at the University of Arizona. Mr. Martínez also served as a Deputy Director of Legislative Affairs for the National Council of La Raza, currently known as UNIDOS. As a Latino healthcare expert who deeply cares about healthcare disparities impacting people of color, Martínez serves as an Advisory Council Member of the National Minority Quality Forum.