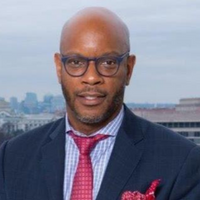 Jesse Price is a Director of Public Policy at TikTok, where he is responsible for promoting related tech policy objectives and legislative proposals under congressional jurisdiction.

Jesse’s career in public policy and political advocacy and organization has spanned experience in The White House, a variety of non-profit groups and nearly a decade on the legislative staff of U.S. Representative Melvin L. Watt. He currently serves on the Congressional Hispanic Caucus Institute Board of Directors and the Congressional Black Caucus Foundation Corporate Advisory Council. He is Chairman Emeritus of the Greater Washington Urban League Board of Directors. In June 2021, Jesse was appointed by Governor Larry Hogan to the St. Mary’s College of Maryland Board of Trustees – where he is a graduate. He resides in Washington, DC.