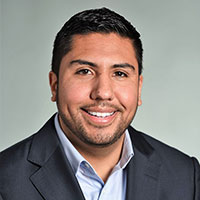 Joe Carreón is an attorney in Dallas, Texas. Prior to law school, Joe served in various government offices including the Dallas Mayor’s Office, the Office of the Colorado Governor, and the White House. He currently serves as on the board on the Dallas Hispanic Bar Association and as a director of the Dallas Housing Finance Corporation. He received his Bachelor of Arts degrees in Political Science and Spanish from Southern Methodist University, a law degree from the SMU Dedman School of Law and a Master in Public Policy from the John F. Kennedy School of Government at Harvard.